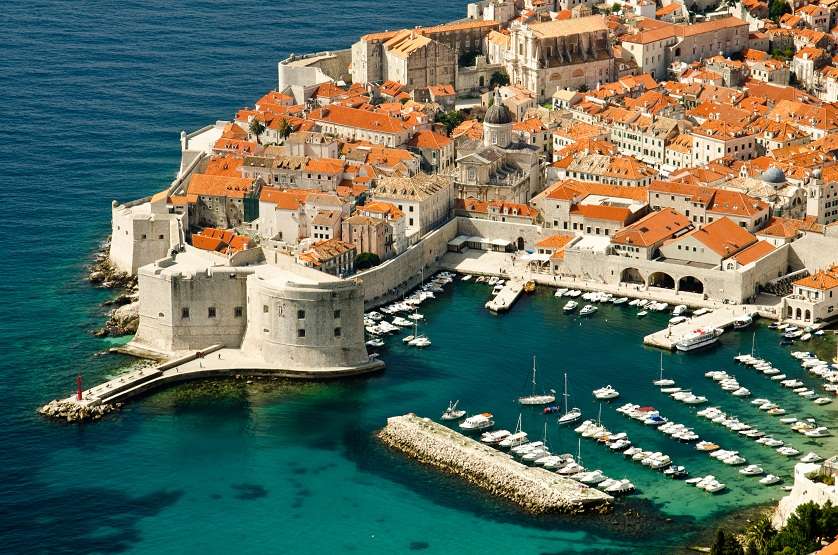 Dubrovnik is one of the oldest cities in Croatia and is full of contrasts. For more information on planning your holiday in Dubrovnik read our guide…

The old town has medieval architecture dating to the 12th century and quaint streets and squares while the downtown area features modern architecture and a bustling nightlife. The 19th century section of the city has architecture that was heavily influenced by the Austro Hungarian Empire and features romantic cafes, bistros and restaurants.

For those who enjoy sailing, swimming, sunning and water sports, Dubrovnik has some of the loveliest beaches in the country and waterfront accommodations are available. There are a number of first class resorts and hotels and private self-catering villas and apartments can be found to house parties of 2 to 12 people. During the high season of July and August, resorts and hotels are busy. Prices are higher at this time, but the mild climate also offers excellent holiday packages during the low seasons of April through May and September through October.

For fans of music and theater the best time to visit Dubrovnik is during the annual music and drama festival that runs from July 10 to August 25. Open air theater productions and concerts are scheduled around the city and include artists from 30 different countries. No Dubrovnik holiday is complete without a walk around the famous city walls or a trip on the newly reopened cable car to Mount Srd to get a fabulous panoramic view of this beautiful city.

There is excellent bus service throughout the city and most areas are easily accessible on foot since the area is not large. When walking in the old city it is best to wear appropriate footwear since the surfaces have been worn slick over hundreds of years. Since the signs in the old city are sometimes incorrect or misleading, a good map of the area is advisable when exploring.

Tourists can rent bicycles for touring the city or kayaks for exploring the coastline. Sailboats, with or without skippers are also available for rental by the day and the week. There are several Dalmatian islands within easy distance of Dubrovnik and their tranquility may be welcome after the bustle of the city, especially during the high tourist season.

Dubrovnik is a premium destination in the Mediterranean and has been a favorite holiday spot of many European leaders including Pope John Paul II. American playwright, George Bernard Shaw said of the city “ Those who seek paradise on earth should come to Dubrovnik and find it”. There are few holiday destinations that offer the diversity, history, culture and natural beauty of this wonderful Croatian City.