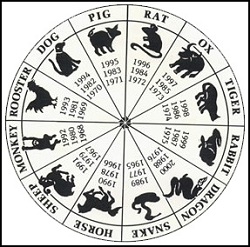 Trace down the history and development of the ancient Chinese calendar used in China for millennia.

This ancient calendar continues to mark the most important traditional holidays and events as well as being the basis for the Chinese horoscope. The history of the ancient Chinese calendar can be traced back to the Xia Dynasty which ruled over China from the 21st century BC to the 16th century along with the Shang Dynasty that was to follow.

The Uniqueness of the Calendar

The ancient Chinese calendar is unique in terms of the sciences that it implies as well as the significance it holds in Chinese culture. The calendar draws upon the sciences of astronomy and geography with regards to how it functions. It came about as a result of observation and experimentation of the Chinese scientists and is most popularly known to the rest of the world as the Chinese Lunar Calendar.

With the birth pangs of the Chinese calendar being laid down in the Xia Dynasty it continued to be used by the following dynasties with each new ruling party making certain modifications to the calendar.

During the rule of the Han Dynasty the particular version of the calendar that was put in use was known as the Taichu calendar. It was during the Tang Dynasty that the Huangi calendar was not only introduced in China but the idea was also exported to Japan, Vietnam as well as Korea.

The ancient Chinese calendar is credited as being the longest calendar to remain continuously in use. It was not until the year 1912 that this historical treasure was officially replaced by the Gregorian calendar as China declared itself to be a republic.

The concept of the lunar calendar however is not something unique to the Chinese culture. There are a number of Asian cultures that make use of similar calendars. Tibet and the ethnic Dai have their own version of a lunar based calendar and so too the Muslims which they use with regards to the markings of important religious events.

The mysterious Chinese calendar however has links with many different dimensions starting from astrology and agriculture to the solar terms and the four seasons. It is primarily a calendar that is still used for the purpose of marking traditional events such as the Chinese New Year which is probably the most important event for the locals of the country.

The calendar is supposed to be based upon the Five Elements concept which has been part of the Chinese concept of the essential components of the structure of the physical world. The other culturally important aspect of the ancient Chinese calendar is the zodiac animals that are assigned to each year.