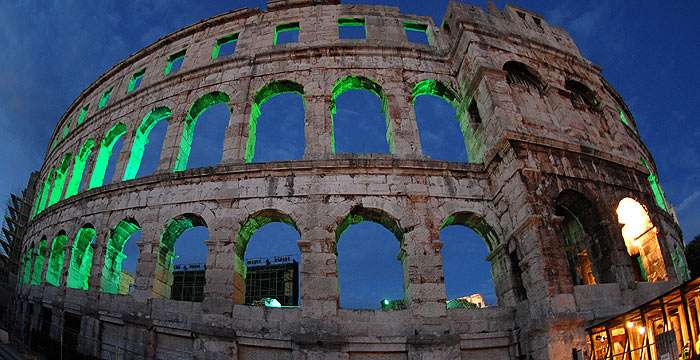 Want to know more about the history of Croatia? The following article gives a great overview of the key periods of history in Croatia.

The history of Croatia is extremely interesting and eventful – showing clear periods of rule and government by different bodies and finally resulting in the independence of Croatia in the 1990’s.

Recorded history for Croatia typically begins with the arrival of the Croats in the Balkans in the beginning of the seventh century.

The Croats settled in the Balkans in the early 7th century and formed two key regions – Pannonia and Dalmatia.  A key time during this period was the establishment of the Trpimirovic Dynasty which  ruled during Croatia until 1091.  The first king in Croatia’s history emerged from this dynasty in 925 (King Tomislav).  The transition of Croatia into a kindom during this part of history saw a subsequent ruling of kings (native to Croatia) lasting until 1102.

In 1102, Croatia formed a union with the Hungarian Kingdom (which existed from 1000 until 1944) and fell under both the rules of Hungarian and Croatian kings.

This period of history in Croatia transitioned to see Croatia ruled by the Habsburg Monarchy in 1527. This period of rule lasted until 1918 when Croatia became part of the Kingdom of Serbs, Croats and Slovenes instigated by the demise of the Austria Hungary empire after the war. The concept of the Kingdom of Serbs, Croats and Slovenes was promoted by activists in Croatia during the first world war with the intention that the creation of such an entity would help to achieve independence from  Austria-Hungary. However, although independence was gained by Croatia from Austria-Hungary, Italy was a challenge and occupied much of Dalmatia.  To help reduce this strong hold, Croatia joined with Serbia with the intention that the international community would take note and that Italy would be forced to withdraw – which came to fruition.  This latter period in Croatia’s history lasted until 1941.

Between 1941 and 1945, Croatia become a member of the the Republic of Yugoslavia, but declared independence in 1991.  This latter period in Croatia’s history was steeped in war and blood loss.  However, since gaining independence, Croatia is now truly independent for the first time in its history and full rights in respect to freedom of religion, language and culture have been afforded to all.