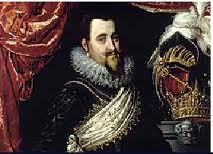 Interested in Christian IV of Denmark? Learn more about the military and economic reforms of Danish King Christian IV ….

Christian IV was the king of Denmark and Norway until his death in 1588. He reigned for more than 59 years making him the longest reigning monarch in Denmark. During his time on the throne he initiated different projects and reforms. He’s considered one of the most dynamic kings in Denmark.

Christian was considered a very dynamic in talented student. At the age of 18 he was already keen to rule. He was married to Kathleen Brandenburg. With six children from this wife he lost her early in his life. He followed with a second marriage to a Kirsten Munk and had 12 children. After a scandalous intrigue his wife was sent away. She was replaced by Vibeke Kruse who bore him numerous children as well. The family feud between the children of the two wives has often influenced Danish history.

Christian IV is credited with many reforms. Starting on the domestic reforms he went on to work on national armaments. Many new fortresses were built by Dutch engineers. The Danish Navy was expanded to carry 60 vessels and most of these were designed by the King himself. The national army was very difficult to build but standing armies were eventually recruited from the peasant population.
After the 1620s a wave of merchants and mercantilism swept Europe. Contributions of Christian IV

There were a number of merchant cities founded under the King. However, many economic projects were a result of his conquest. This forced him to look overseas and the first Danish colony was established in 1620 on India’s south coast. The Dutch Renaissance style was very popular and many buildings were built under his watchful eye.

His newly created army was first put to use in the Kalmar War. This was fought with Sweden in order to gain supremacy in the Baltic Sea. The war was named as such because it came with the capture of Swedish fortress of Kalmar. This followed the 30 years war in Germany. The aim was to obtain control of the German rivers of Weser and Elbe.

Depicted in many plays and musical pieces, there are different analyses and renditions of his character. He is credited with establishing many Danish towns and cities. These include the present day Oslo which is the capital of Norway. This was the city of Christiana which has been renamed as Oslo. The City of Gluckstadt was founded to rival Hamburg. Christiansand was also another city built by the King.

Even though his rule saw Swedish supremacy on the Baltic Sea, he was very popular. He was one of the few kings from the house of Oldenburg. The many buildings constructed and wars fought by the Danish army are part of his legacy. He was very passionate and adventurous during his youth. His vivid sense of duty kept him going. He declined in old age and he was considered a brokenhearted and old man before his demise.