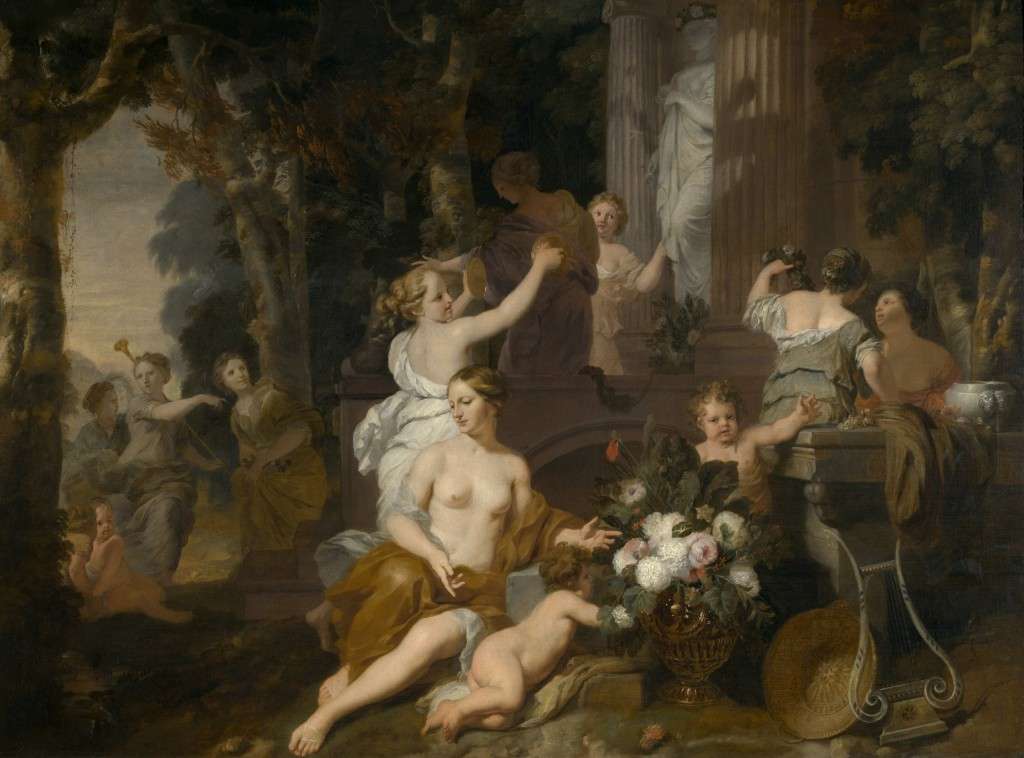 Are you interested in the history of France painting? Perhaps you’d like to see some paintings on your next vacation to France? Here we give you useful facts & information about the history of French painting.

Prior to the 17th century France did not have a very rich heritage in terms of paining as artistic and cultural expression. Art in France during the 14th, 15th and 16th centuries was traditionally dominated by French Sculpture and the making of stained glass windows.

A notable exception to this, however, can still be seen in the Papal Palace in the French city of Avignon. During the 14th century artists working for the Pope in the French town of Avignon developed their own unique style of mural painting, and although this didn’t directly lead to the development of other schools of French painting, it is nonetheless an interesting part of the heritage of painting in France.

Painting in France during the 15th century was to a large degree hampered by political conditions. The Hundred Years War was being fought between France and England at this time which meant there was not much appetite or funds available for patronizing French painting.

Even throughout much of the renaissance, the cultural effects of which resounded all over Europe, French painting was mostly a lackluster imitation of the styles being developed by Italian artists of that time.

French painting really came into its own for the first time during the 17th century when the Royal Academy was founded in France for the purpose of promoting painting.  Charles Le Brun, who was the founder and first director of the Royal Academy, was also the most prominent personality in the world of French painting during the 17th century. John Antoinne Watteau, who was a contemporary of Le Brun, was another famous 17th century French painter who painted picnics set in gardens as well as scenes from concerts.

Nicholas Poussin (1594-1665) is probably the most famous 17th century painter to work in the Baroque style.  The themes of Poussin’s paintings were often taken from the bible of Classical Greek Mythology and set within traditional landscapes.

France 0 96
Have you always wanted to experiment with the French twist hairstyle? Did you always

France 0 14
Are you going on holiday to France? Do you want to see the best

France 0 7
Are you looking to rent a river boat in France? Perhaps you’d like to