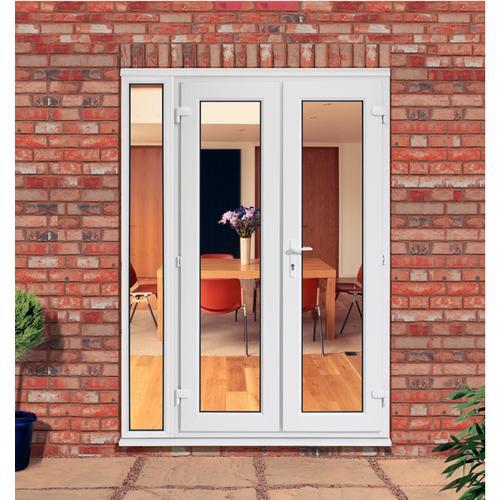 So you have come into a windfall – you have just won a lottery or maybe you have just inherited a small amount of money; and together with the money that you have saved by walking the extra mile, picking up bargains and what not or by just saving, you have now enough money to buy yourself a small plot of land in the country side surrounded with meadows flowering with a bouquet of wild flowers. An idyllic setting for a small country house.

You have decided to design the house yourself and a friend or acquaintance suggests that, since you have a sprawling field in front of it, you go in for “French Doors”.  You have heard of French Doors, but what exactly are they? How did they originate? Whats the difference between exterior French doors and other types? You think that all these questions need to be answered before deciding on the choice or not of providing these kind of doors.

French Doors almost always span the entire height of the wall, from the ceiling to the floor. They were so built in the French Colonies to maximize ventilation and to provide comfort in the region’s hot and humid climates and also to let in as much light as possible. French doors open from the center outwards or inwards and are lined from top to bottom with divided lights. Previously French patio doors were mainly used to  give access to terraces and patios looking out into open spaces such as fields, meadows and pastures so that they performed the function that they were intended to; provide access – what a door’s primary function is, and to provide good ventilation and light.

Now, interior French doors are used in a wide variety of situations, not only to provide egress to the outdoors – to the patio, deck or balcony – and a free flow of air, but also to open from one room to another and to enhance the architectural element of homes and at times to provide additional space. The variety of French door designs that are available are so numerous that it is bound to leave you in a confused state of mind.

The way French doors open has also changed drastically from the traditional swinging doors. They can now be found as sliding doors, multi-paneled folding doors that are somewhat like an accordion and yet another type called expanded doors. Here, with this type of door, the glass paneling is not restricted to the doors itself but windows are placed on the top and sides so as to extend the view and also to add to the architectural appearance of the element.

Having got the general idea as to what French Doors are you can now make a considered decision either to go in for it or not.