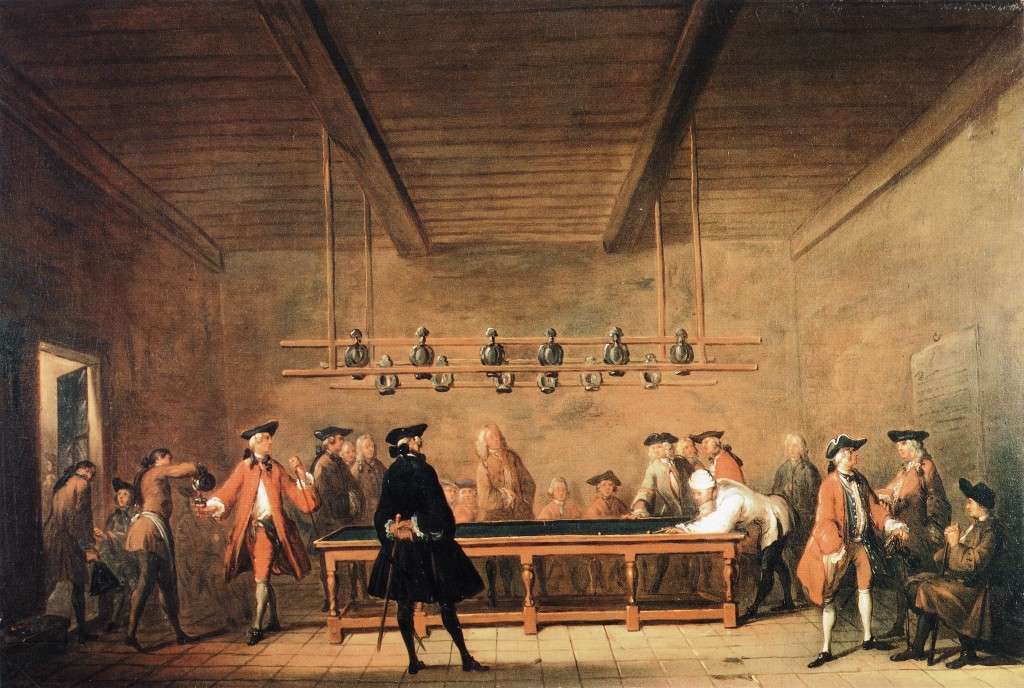 Perhaps one of the most notable and unusual figures in the world of French painting during the 18th century was John Baptiste Chardin. Unlike many other French artists who took their influences from Italy at the time of the renaissance, Chardin was influenced more by the Dutch masters of painting during the 18th century. This is evident in much of his painting which depicts rather humble scenes revolving around domestic life, as well as still life paintings. Chardin, who was responsible for bringing this Dutch inspired style of painting to France, also painted a considerable number of still life paintings in his career.

Another important figure in the world of French painting during the 18th century was  Jacques Louis David, among whose many accomplishments two in particular became hugely popular with the public in Paris. These paintings were called Brutus Condemning Hs Son and the Oath of Horatii. The fame accosted to David from these paintings led Napoleon to choose him as the official state painter for France. Perhaps David’s most well known painting is the coronation of Napoleon which was painted in 1804.

The founder of Impressionism in France is generally accepted to be Claude Monet who was active during the second half of the 19th century. Other famous names belonging to the impressionistic school of painting include Pierre Auguste Renoir, Camille Pissarro, and Alfred Sisley. The central aim behind impressionism in France was to experiment with light and show how different angles and degrees of light could affect a subject. Monet, for example, was known to paint the same subject several times, but each time using a different lighting effect to show the difference in mood that can be created in a painting.

Edgar Degas picked up from impressionism and developed it by painting subjects from angles that had never been done before. Degas also captured very mundane yet human actions and gestures that no other paintings had ever done before.