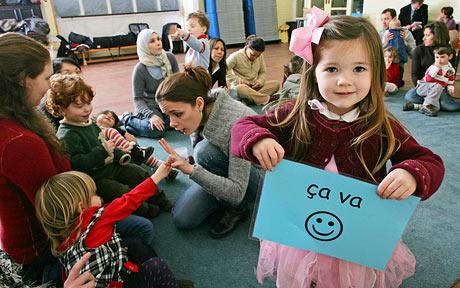 Are you moving to France? Perhaps you’re thinking about putting your child into a school in France? Here we give you useful information on schools, universities, and the education system in France.

The education system in France, like much of the economy in France, is highly centralized. All schools follow broadly the same curriculum which is set by the government, and teachers are considered civil servants. All in all France has an efficient education system with high standards throughout the different levels of education.

Secondary school or Lycee as it is known in France, begins at age 11 and is divided into two parts. From ages 11-15 all students follow a standard curriculum of general studies tat one would expect to find at a secondary school anywhere else in the world. After age 15, however, students choose between an academic and vocational pathway. Thos who choose a vocational track finish education at 18 before moving into some type of vocational career. Only students who follow the academic track are entitled to a place at university and their acceptance depends on passing an entrance exam at the age of 18 known as Le Baccalaureate. About 70% of secondary students take this exam hoping for a place in university.

Students who pass the Baccalaureate exam are entitled to a free place at university in France. France has 77 universities al of which are funded by the government. Only 30% of secondary students ever enter into this level of education in France. Universities in France are Free for students; however, all students are obliged to sit an exam at the end of their first year and only those who pass are entitled to continue with their university education.

France has a system of elite tertiary education for the top 5% of its students known as Grand Ecoles. These institutions, of which there are 140 in France, train students in disciplines such as engineering, applied sciences and business management.  Students are educated for free and are even given a support grant while studying; however, once they graduate students are obliged to work in the civil service for a number of years.