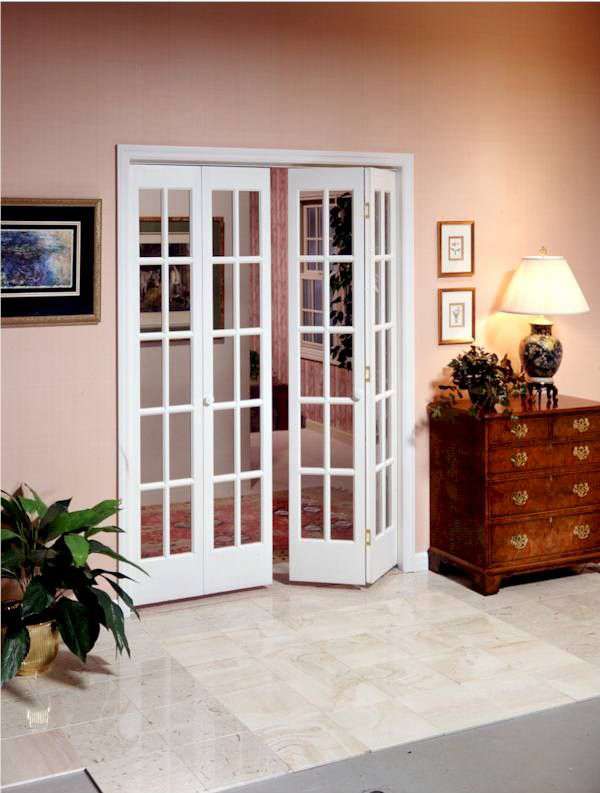 Folding French doors have evolved from conventional French doors to meet the space constraints in today’s homes, without compromising the traditional charm of the glass-oriented design. Read our guide for more facts and information…

French doorways are perhaps the most preferred choice for balconies and patios. They have retained their renown for over three hundred years and have evolved in tandem with the changing needs of modern architecture and home décor. Door frames are now created in metal and PVC, in addition to conventional hardwoods and softwoods. The paired door is also being replaced by folding models for versatile applications. The following paragraphs discuss about the characteristics of folding French doors.

Where To Use Folding Doors

Standard French doors consist of two doors attached on each side of the jamb and lock in the center. They can be swung either inwards or outwards. The door that is frequently used is called the active door, while the other is termed as inactive. However, folding doors have panels, which fold outward symmetrically. The panels connected by hinges give the appearance of a number of doors, and they are suited for large openings, where it is not practical to install two broad doors. The number of panels depends on the width of the opening; the wider the opening, the more the number of panels.

Bi-folding doors with glass panels are commonly used for patio doors. When installed as partitions in the interior, folding doors can serve as walls. For instance, they can divide the living and dining space into two separate areas when closed, and bring back the large space when opened. Folding doors are also ideal for closets, particularly larger closets used in bedrooms. Unlike sliding doors, they allow easy access to either side of the closet as the panels can be conveniently folded one over the other. Mirrored folding doors impart a posh and graceful look to bedrooms.

Unlike standard French doors, folding doors require less space for opening and hence, they do not interfere with adjacent furniture or fixtures. The panels are sized proportionately to comply with the hinges and jambs. For instance, when standard doors are installed on a wide opening, the door hinges may give in soon as they may not be able to withstand the weight of the broad panel. Aluminum frames render a thin profile that suits multiple-folding doors, so as to maximize the available space when the panels are gathered to open the door.

The glass panels of folding French doors must be of superior quality to withstand the friction involved in operating. They must be used with caution when children are around because there are chances of trapping the fingers while folding the panels fast.