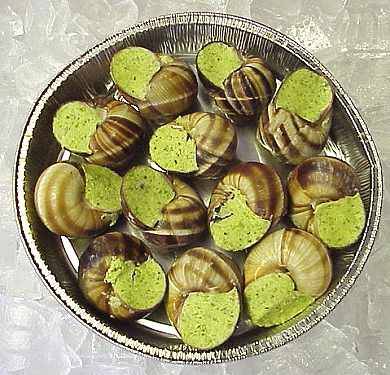 Do you enjoy trying food from around the World? Interested in learning about traditional French Foods? Want to know about the most enjoyed foods from France? Read our guide for more facts and information…

France is known throughout the world for its French cuisine. The food from France is delicious whether enjoyed for breakfast, lunch, or dinner. French food can be enjoyed as a complete dish, or as a mid-afternoon snack. Either way, France has contributed many delightful dishes to the culinary world.

France produces over 400 varieties of cheese that are enjoyed not only in France but also around the world. The varieties include Brie, Gruyere, Camembert and many more but one of the more unique French cheeses is produced in the south of France.  Roquefort cheese is rated as one of the world’s best blue cheeses. It is made entirely from ewe’s milk and in its best state is white interspersed with blue veins, crumbly and the texture should be spreadable. Roquefort cheese like many others is best sampled when at room temperature. The cheese is enjoyed in France and around the world with bread, fruit, or simply alone.

Another popular French food is crepes or French pancakes. Crepes are typically cooked with a thin layer of batter which when cooked is filled with fruit, jams, honey, or sugar. The batter for crepes can also be altered to be either sweet or savoury. When preparing crepes it is recommended to use a metal skillet for the best result. In France itself, crepes are available from many street vendors as well as in restaurants entirely devoted to the dish. Even if you are not in France, crepes can be enjoyed around the world either by creating your own recipe or by using a packaged mix.

France also creates many fine dishes and one of the more famous traditional recipes, bouillabaisse, originated in Provence. Bouillabaisse is a fish soup and is traditionally not made for less than 10 people. A variety of fish are used in the soup and the chef can add as many or as few as desired. To create the soup a broth is first boiled and then different fish are added one by one at staggered intervals. Bouillabaisse when finished is commonly served with rouille, which is a spicy mayonnaise dip, as well as with chilli and stale bread.

Foie gras is one of the most famous delicacies that originates in France. Foie gras is fattened liver traditionally harvested from either a duck or a goose. The fattened liver is a more expensive delicacy. Foie gras has a rich flavor to enjoy and the dish is also buttery and delicate when prepared properly. Many French dishes are easy to prepare in your own home; however, foie gras requires careful preparation as it can easily be overcooked.