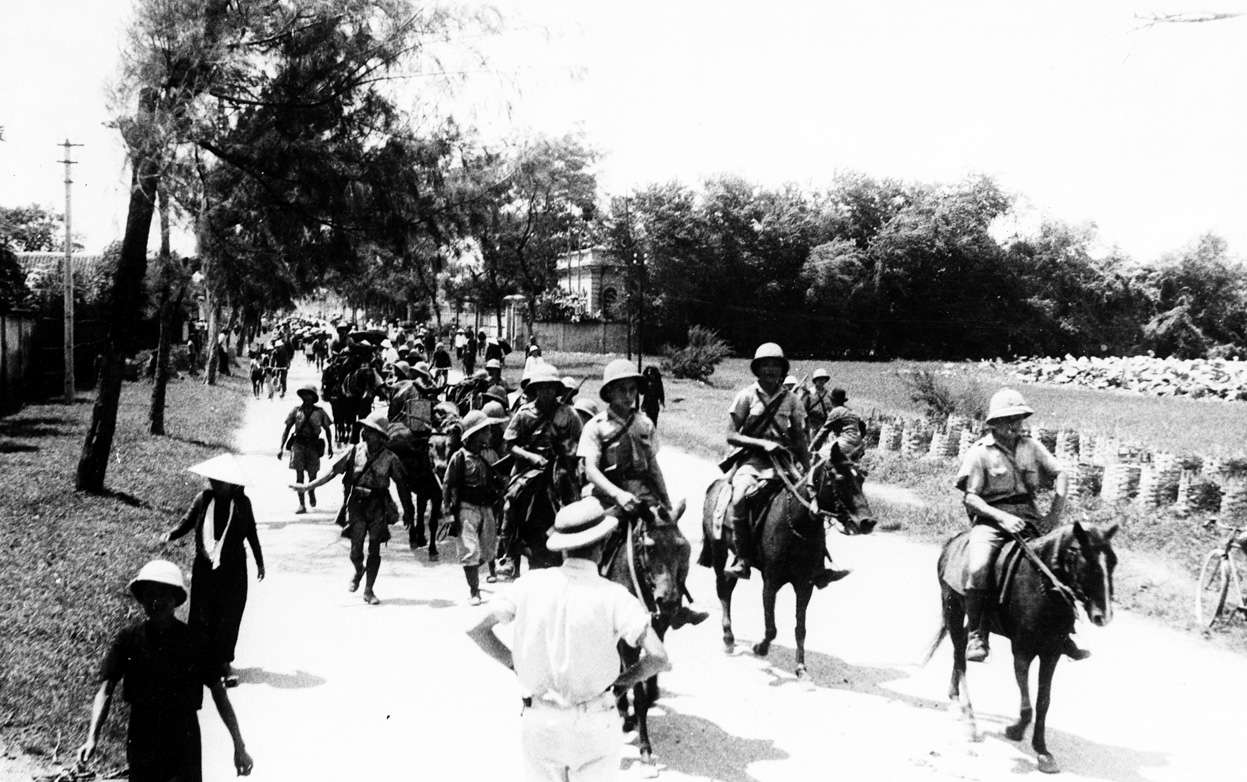 Before the formation of French Indochina the French army fought two wars; the Sino-French War in 1884 and 85 which gave France control over northern Vietnam and the Franco Siamese war of 1893 and 1904-07. French Indochina included the territories of Annam, Tonkin, Conchinchina, Cambodia and Laos.

After their victory in the Sino-French War, the French initiated conflict in the region to expand the French Indochina territory. The trouble started with the Paknam naval incident and the French who were looking for a reason to start a war with the Siamese side made further use of the border disputes with the Siamese forces to bring their gunboats into Bangkok. The French had a very clear demand they wanted the Lao territories. The Siamese King, Chulalongkorn expected the British to side with him but all hope was lost for him when the British ministers asked him to settle. Finally the French got control of the Lao territories while the English got the north eastern region of Burma in return for their guarantee that the French would not harm the integrity of the rest of Siam.

But this certainly did not spell the end of hostilities between the French and Siamese sides. France in its quest to increase the territory of French Indochina manufactured another crisis. In the second war the French wanted control of the territory that lay on the West Bank of Mekong, south Laos and western Cambodia. The western part of Chantaburi was also under French control. Eventually, Thailand exchanged this region for Trat.

The French army in Indochina also got into minor scuffles with the Vietnamese soldiers in the French colonial army. When France suffered heavy losses during WWII the Thai side saw this as the perfect opportunity to reclaim some of their lost territories. This led to the French- Thai war of 1940-41. But the war did not yield positive results for the Thai side that had to face a humiliating loss at the hands of the Vichy French naval forces. Eventually the first war of French Indochina ensued. Finally, in 1954, under the Geneva agreement Indochina was granted independence from France. The region was divided into North and South Vietnam with a communist regime in the North and a democratic government in the south.