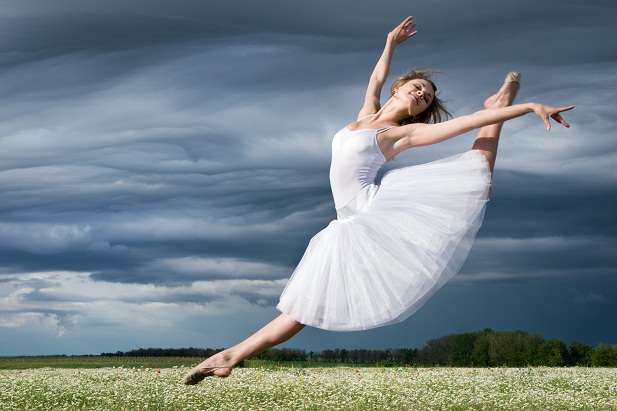 A French ballet tutu is the most innovative dance costume to have ever been invented. Not only does it look beautiful it is also perfect for the fluid and unrestrictive movements of ballet. The French ballet tutu got its name from the French word cul-cul which basically means bottoms. Apparently the word was used by the middle class who would sit in front of the stag as opposed to the rich who would sit in their private balconies to watch ballet. Of course the view enjoyed by the front rows was quite different from the one that could be seen from the balcony of the theatre. So in essence, the word tutu refers to the ballerina’s bottom that could be seen under the costume.

The French ballet tutu was designed to possess two features. It was supposed to look beautiful and elegant yet be durable and it had to fit comfortably without restricting the movement of the ballerina. So costume designers came up with the idea of a three piece ballet costume. So the French ballet tutu comprises of a bodice, a basque and a skirt. The bodice is normally made of 6 to 15 panels of fabric. The fabrics are cut diagonally to give it some stretch. The bodice is generally attached at the waistline or the hip and sometimes only elastic tabs are used to attach it.

The basque is the part that extends from the waist to the hips. It is either separate or sometimes it may be attached to the bodice. It is quite simply a tight fitting fabric band.

The ballet tutu skirt is the frilly part that gives a French ballet tutu its elegant look. There are different types of skirts that are used by ballerinas and these are bell, classical and romantic.

The Romantic French ballet tutu skirt appeared in 1832 on the stages of Paris. The length of the skirt conformed with the rules of modesty of the time. These tutus are long almost up to the knee or lower and floating. They are made from 3 to 5 layers of tulle. A romantic French ballet tutu is available in two versions, one which starts at the hips and the other begins at the waist.

The Classical tutu skirt which is short version of the tutu that jutted from the ballerina ships was first worn in 1880. These costumes allowed viewers to see the intricate leg movements. Originally the classical tutu wasn’t as short as it is today and ended just short of the ballerina’s knees. But over time the size of the skirt shrank giving a better view of the legs and feet. This classical French ballet tutu skirt is also available in two varieties; the pancake and the softer Balanchine.

The bell tutu skirts are a combination of the romantic and classical designs. It is an ‘A’  line skirt. It is shorter than a romantic skirt and has fewer fabric layers than the classical skirt. It is either made of soft tulle or of net like fabric.

Both the classical and the bell skirts have ruffles which are stitched onto a panty.