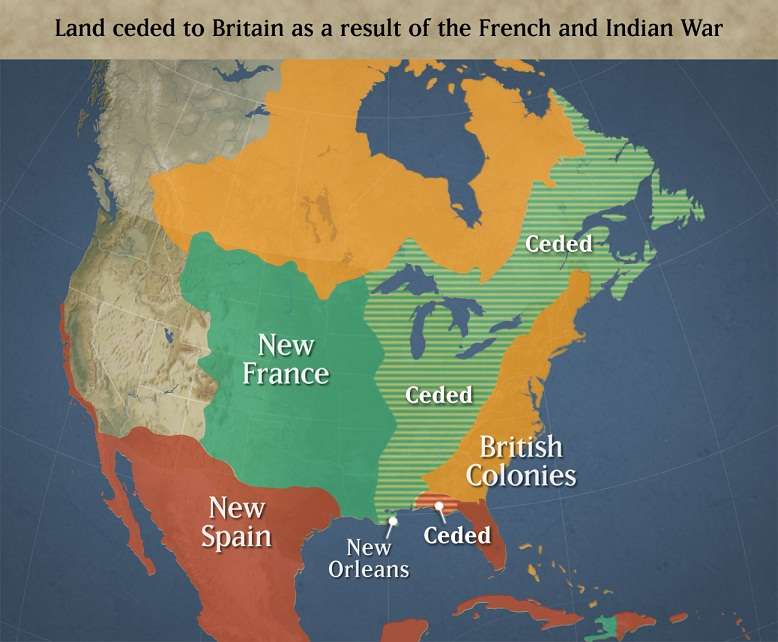 Studying the French Indian War? Want to know about the effects of the war on the US, Britain and France? Our guide gives you the facts & information you want to know.

The French and Indian war was fought between the French and its American Indian allies against the British colonial forces from the year 1756 to 1763 and is considered one of the bloodiest wars in American colonial history. The French Indian war effects are numerous for all three continents. This war was the last of the four wars fought between French and British colonial forces in the period of 1689 to 1763. The war was fought for 7 years across territory in North America and a major cause for this war was struggle for territorial expansion between French and English forces. It is also believed that the effects of the French Indian War are the ultimate cause of American Revolution.

What Caused the French Indian War?

The war began in November 1754, when a French captain rejected the demand of Virginian Major, George Washington to withdraw from the Ohio region. In the initial period of the war the English forces were not successful but in 1756, when William Pitt was appointed as British Secretary of State, the tide of war completely changed in the favor of British forces as the British government sent more forces and ammunition for its colonial forces in North America. In the first two years of the war the French and Indian forces had completely routed the British forces.

After that, the British forces started capturing back the French territories and in 1759 they won the battle of the Plains of Abraham. British forces got control of Quebec province and after that they succeeded in capturing the province of Montreal. The 7 years French-Indian war ended in the year 1763. The French Indian war effects allowed The British to completely capture the whole of North America.

One of the positive effects of The French Indian War was the start of a freedom struggle in America which eventually culminated in the American War of Independence. This 7-years war severely demoralized French forces and diminished its power at a greater scale in Asia, Europe and North America at the same time.