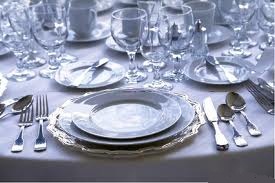 Meals in France are really not that different from the rest of the western world. Breakfast in France is generally a small affair consisting of croissants & bread rolls with some butter and jam to spread. This is usually accompanied by milky coffee or hot chocolate. There is no set time for breakfast in France and it’s not a particularly important meal involving the entire family. Bread can be bought from supermarkets in France; however, the majority of French people still prefer to buy their bread from a local bakery or boulangerie as it’s called in French.

Lunch was traditionally the main meal of the day for people in France. Although Lunch is still considered the main meal for many French people living in rural areas, the demands of modern day life in big cities mean that this tradition has been forgotten to a large extent. Most restaurants in France serve lunch from between midday to 2pm and close afterwards until dinner time.

Food is very much a part of the social fabric of French family life. People in France prefer buying their groceries from smaller local stored as it gives them a daily ritual to perform. Dinner is for most people in France today the main meal of the day. French people view dinner as an opportunity for friends and family to spend quality time together in the evenings and can spend up to two hours at the dinner table.  It is considered bad etiquette in France to watch TV while eating dinner.

A typical dinner in France will consist of up to six courses. These include the aperitif, Entre, plate principal, salad, cheese, dessert, fruit, coffee and digestive drink.

The aperitif is a pre dinner drink served with small appetizers while the entre is a first course. The plate principal is the main course and will consist of meat, poultry or fish. This is followed by a salad, selection of cheese, fresh fruit and coffee.

There is no real special etiquette to be observed when eating a French meal. The only main thing that differs between French meal etiquette and that in the US and UK is to do with bread. A French dinner table will always have bread on it. However, it is considered bad etiquette to butter your bread at a meal in France. Instead, people in France use the bread to wipe up the juices left behind at the end of each course. This is because the different courses of a French meal are all served on the same plate.