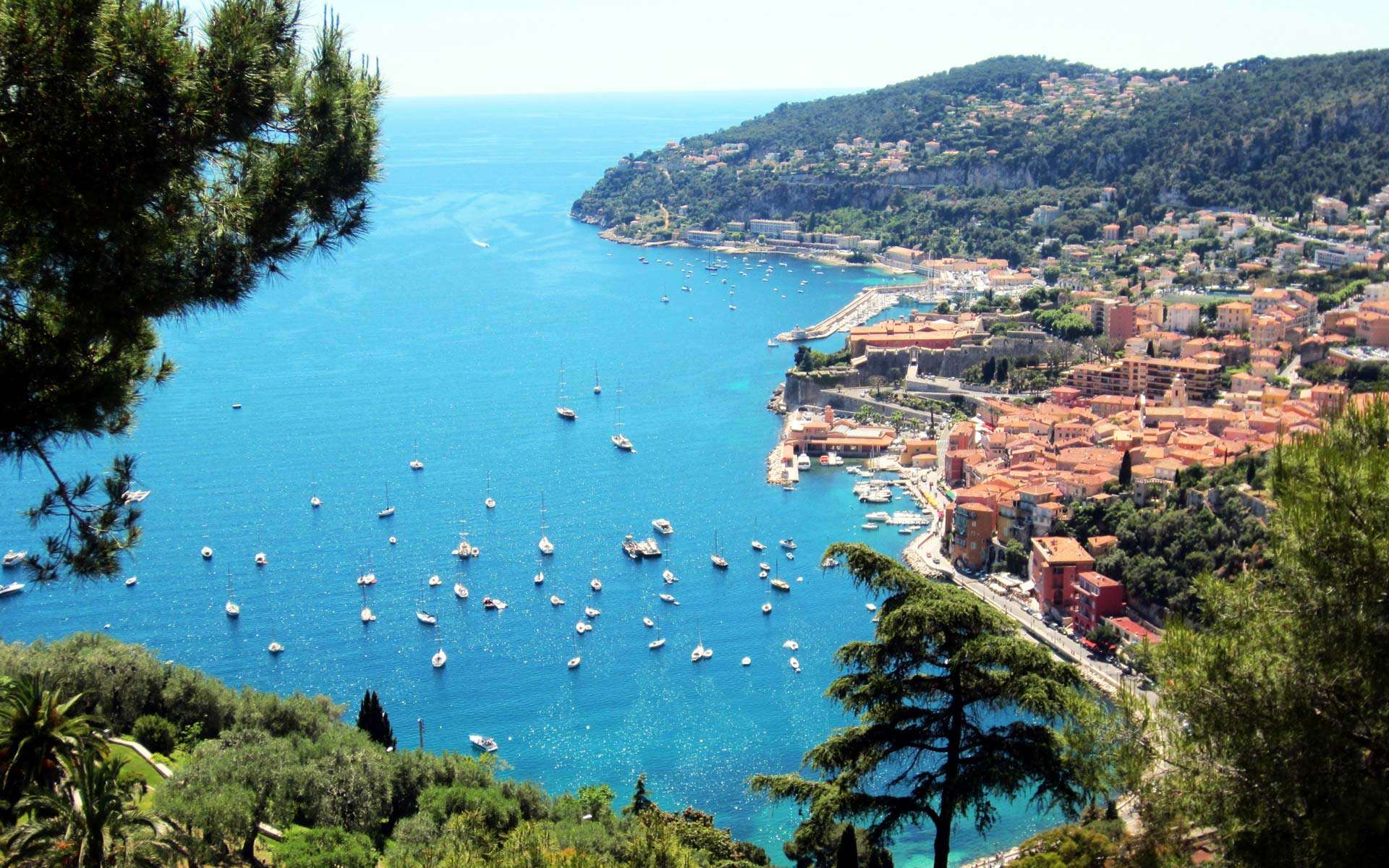 Going on vacation to the south of France? Want to know where the best beaches on the French Riviera are to be found? Our beach guide to the Riviera gives you facts & information on all the main beaches in the area.

Believe it or not the French Riviera Beaches were once a major prehistoric site and traces of human habitation have been found in the Tachou Cave in Roquebrune Cap Martin. It seems that the first homes were built in and around the beaches of Terra Amata now known as the Boulevard Carnot located east of the Nice harbor. It was not until April 25th 1945 that the French Riviera completely recovered its freedom after having gone through a convoluted, troubled history and occupation by more than half a dozen countries from the Visigoths to the Germans during World War II.

The French Riviera (French: Côte d’Azur) is one of the most famous resort areas in the world, extending along the Mediterranean Sea west from Menton near the Italian border, including the cities and towns of Monaco, Nice, Antibes, and Cannes. Other sources extend the Côte d’Azur further west to include St. Raphaël, Sainte-Maxime, St. Tropez, Hyères, Toulon, and Cassis. The French Riviera beaches are the most famous beaches in the world

Menton, also known as the “Pearl of France”, is an attractive and remarkable city situated along the coastline of the Mediterranean Sea, where the weather produces a great deal of sunshine. The town stands on a hill made of sandstone and spreads out on three directions; one inclines towards a rocky piece of high land that sticks out into the sea, the second goes to the sea where there is an unbelievable beach and the third goes down towards Fossan. The city hosts the Lemon Festival for three weeks from February to March.

Monte Carlo, Monaco on the Cote d’Azur in the Provence, France is famous for its casinos, gambling, glamour, theaters, operas, ballets, arts, culture and superb & exquisite  cuisine which makes this city the ultimate place to catch a glimpse of many famous people. The city of Monte Carlo, Monaco has been built to tempt the rich and famous.

The largest tourist resort in France is the city of Nice on the Cote d’Azur of the Provence. The azure waters of the Mediterranean Sea break up on the shores of Nice, on the French Riviera. The narrow passages and lanes of the Old Town give the impression of spilling out onto the sandy beach. The city of Nice boasts many fine examples of religious architecture dating back to the 17th. Century.

For ages Antibes was the only substantially large town between Marseille and Italy. It was the only town on the coast to be fortified, and as such has managed to preserve historic monuments from each period of its long and illustrious heritage. The Chateau, bastion and towers have been converted into magnificent museums of Modern Art, History and Archeology and also a museum of traditional crafts and culture.

Cannes. The center of this historic town houses most of its treasures and is best seen on foot. You can loiter in the streets drinking in the atmosphere, charmed by picturesque craft workshops where crafts persons work; the smell of an exquisite kitchen wafting through the open windows. The city has an incredible history behind it and is now the holiday paradise for the rich and wealthy. It is absolutely gorgeous and is recognized for it’s world famous white sandy beaches that extend along the coastline. Many films are made in Cannes, so it wouldn’t be surprising if you happen to bump into a celebrity or two while strolling the streets. The city is also host to the International Film Festival held each May where a red carpet welcome is given to the stars.

The French Riviera Beaches were once the exclusive resort of the rich and the famous but has now changed and caters to just about any tourist on a tight budget. Of course if you frequent the casinos of Monte Carlo, you may burn a hole in your pocket.