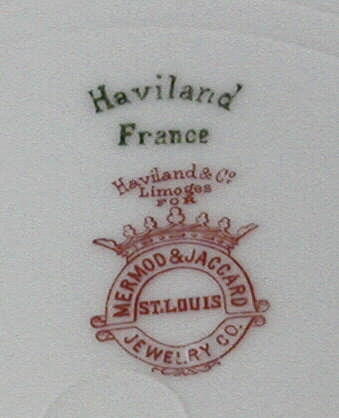 Want to learn more about Haviland in France? Read on for historical overview of France’s most celebrated producer of chinaware…

Haviland is a world famous producer of fine china. The company was developed by David Haviland back in the 1830s. During its initial years Haviland worked in collaboration with D.G & D in New York City. Here the company was established as an importer of English and French tableware. It was in 1841 that David along with his wife Mary and children shifted to Limoges, France with the intent to set up his own china factory.

The region of Limoges had a wonderful reputation as one of the places where the best porcelain was produced. The city was situated about 200 miles southeast of Paris and was credited as being the birthplace of Kaolin, a cream colored clay with the ability to create superior quality porcelain. This unique raw material was discovered in 1770.

David Haviland was adamant on producing the finest china known to the world. He pursued his dreams seeking permission to set up a state-of-the-art factory for his chinaware. David was granted the license in 1853 by the French government and in no less than two years David had established his factory as one of the most technically advanced china production facilities in the world.

As a tradition whiteware blanks were produced in China factories and these products would then be sent to the artists Guilds in Paris where they would be decorated. However Haviland and Co. sought to change this tradition and began their decorating the whiteware blanks forms in their own production facility. There was no doubt about the fact that Haviland introduced an economical solution by introducing this method but it was against the traditions of the place. The result was that David had to face many protests outside his factory. Employees in his factory would be threatened and hence had to travel in groups in order to safeguard themselves from rival craftsmen and firms.

David was successful in seeing his factory through these troubled times. With the passage of time the Haviland factory became well-respected throughout the country. By the year 1865 Haviland & Co. was producing fine china in many different shapes and sizes inspired by English and American traditions. Haviland’s chinaware had a rather heavy structure and was painted in beautiful floral designs. Initial designs featured understated multicolored floral patterns on handcrafted blanks.

The 1860s and 1870s saw David working hard to establish his china factory in France. David’s oldest son took over the Limoges facilities in 1865. The small set up had now grown into a massive plaza that consisted of a number of factories, warehouses as well as the collating facilities. His other son moved to the United States and continued to market Haviland’s products in the US.

During this time period Haviland came out with a technologically advanced blank that became its most popular product. This blank was lightweight yet durable and could be easily decorated using a variety of techniques. The result was that Haviland experienced a sudden boost in its sales.

With the onset of Impressionism in Haviland chinaware started to develop patterns based on this new art movement which became an immediate success in the country. The company employed many great artists which helped to come up with new and innovative decorating techniques for chinaware.