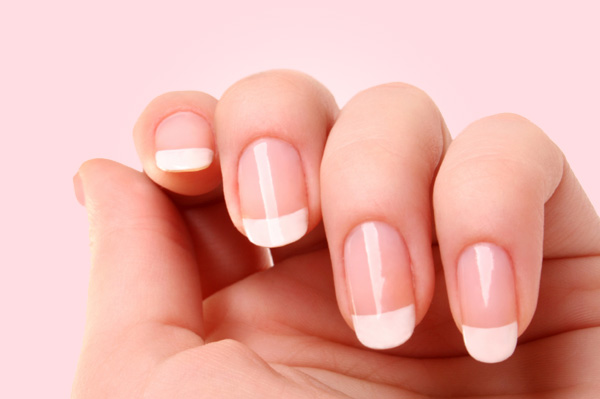 The French manicure is often called the natural nail look. This classic look creates a natural looking nail by polishing the nails with a white coat on the tips of the nail and polishing the rest of the nail in a pink or sheer coat. Although a white tip is traditional many experts believe that an off-white or ivory tip actually improves the look of the French manicure.  The French manicure is a popular look for many women; however, the style looks best when painted on short or moderate length nails. The end result is a style that leaves the nails looking clean and well groomed without unnecessary flash.

Although, French manicures often cost more than other styles to the greater demands on accuracy the overall appearance can be much improved by having another person apply the polish. Professionals are also able to help advise on appropriate tip colour as well as base coat to achieve the look of a natural looking nail. When investing in having a French manicure done professionally the life of the manicure can be prolonged by reapplying coats.

The French manicure no matter how you create it, has existed for many decades and has maintained its popularity for its classic and versatile look.

Rating
( No ratings yet )

France 0 116
Have you always wanted to experiment with the French twist hairstyle? Did you always

France 0 20
Are you going on holiday to France? Do you want to see the best

France 0 11
Visiting the Louvre Museum in Paris? Want to know about guided tours at the

France 0 16
Are you looking to rent a river boat in France? Perhaps you’d like to