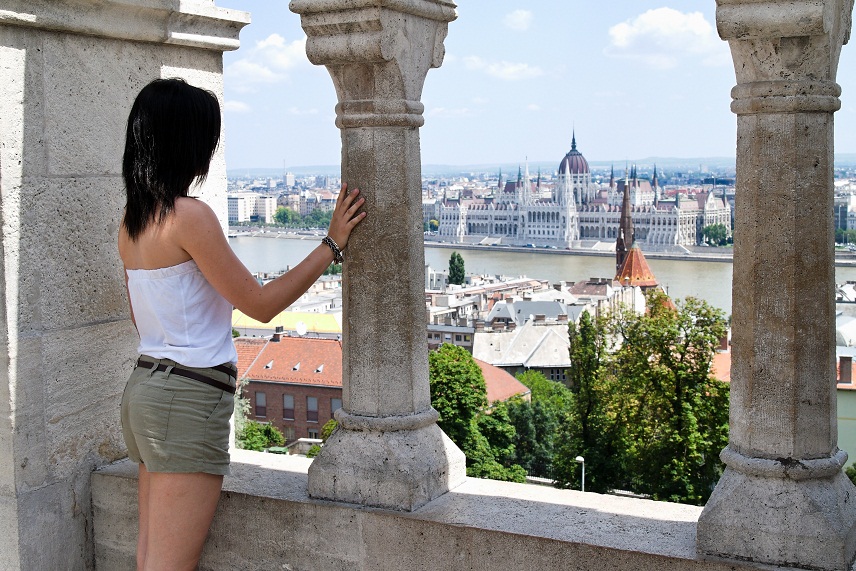 Castle Hill is the name given to an area located on western bank on the river Danube in Budapest. Budapest itself is located in the north of Hungary, about 250km south east of Vienna. Castle Hill gets its name from the castle that was originally built on a hill in the 13th century. The actual hill is about 170 metres above sea level which means there are some great views of the River Danube to be had from this vantage point. The area of castle hill is only about 1km long but due to its rich history is packed with interesting sightseeing opportunities and museums.

The Royal Palace used to be the official residence of the Hungarian royal family as the name would suggest, although today it is a virtual treasure trove of interesting sights, museums and galleries. There are seven wings to the palace, each one of which is used as some type of museum or art gallery. Also, there are original marble and stone carved statues on display that date back hundreds of years.  The fountains in the royal palace on Castle Hill are some of the best in Budapest.

The labyrinth on Castle Hill in Budapest is a good place to spend a couple of hours. This is especially so if you are visiting Budapest with children. The endless tunnels located under the castle provide the experience of a real adventure and there is a lot of interesting history behind this sightseeing spot.

The Hilton Hotel might not seem like an interesting and historical sightseeing attraction in Budapest; however, the one on Castle Hill in Budapest certainly is. This is because part of what is today the hotel, used to be a Dominican church that dates back to the 14th century. Parts of the original architecture are still in place making this an interesting place on Castle Hill to visit.

This tower used to be only one part of a much larger structure; however, over the centuries all that has come to remain is the tower and parts of the outer walls of the building. Surprisingly, the Magdalene tower on Castle hill can still be climbed, provided you are fit enough to traverse the 163 steps to the top. Those that are prepared to undergo that hardship are rewarded with one of the best views of Budapest available.

This interesting sightseeing attraction is relatively unusual in that it reminds us of the Ottoman history of Budapest. The tomb of Abdur-Rahman, who was the last Ottoman governor of Budapest, came to be precisely because he fought and died in defence of the city from Hapsburg attack in the 17th century.