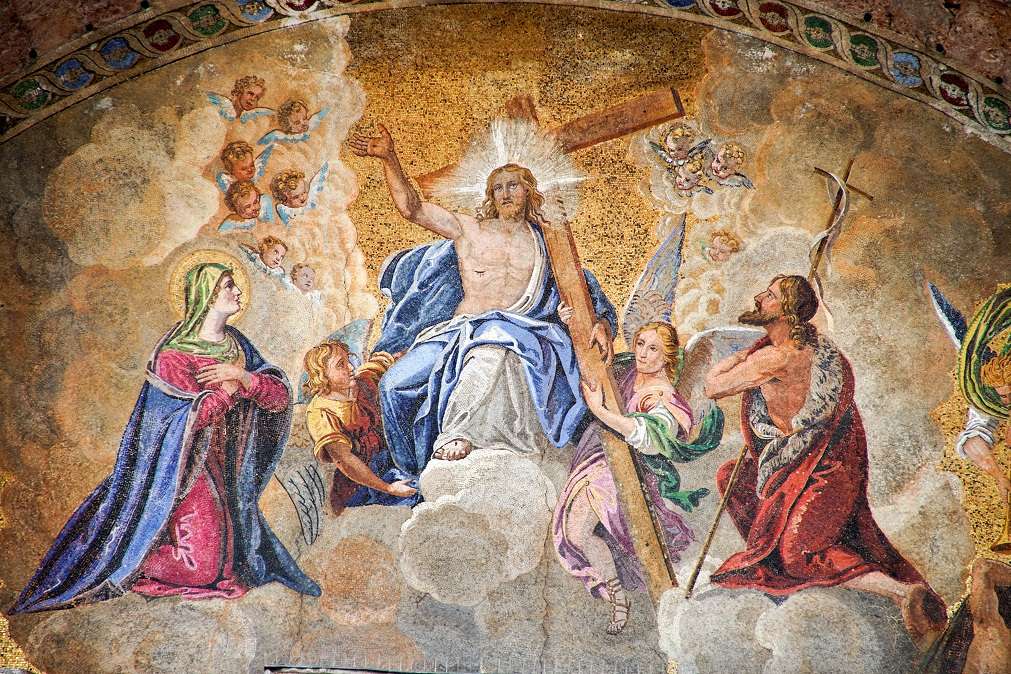 The history of Christian art in Italy begins with the rise of the Byzantine Empire. The Byzantine’s were originally Romans ruling the east of the Roman Empire; however, in due course they eclipsed Rome, whose power waned, and become not only the dominant power but also the leader in the development of Christian art.

Although the Byzantines were independent and ruled from modern day Istanbul in Turkey, the influences of Byzantine Christian art found there way back to Italy.

The Ethos of Christian Art in Italy

In contrast to Roman art in Italy which was used as tools of the state to serve purely worldly purposes, Christian art in Italy has always been about the predominance of the spiritual over the physical, and has sought to bring Christians in Italy closer to God, or at least to the church.

Italy has a plethora of Christian art spanning centuries that is still visible to visitors today. The most famous example of Christian art in Italy is the Sistine Chapel located in the Vatican City which is the official residence of the Pope.

Aside from the magnificent architecture, the paintings inside the Sistine chapel are world famous and thousands of tourists come to Italy every year to see them. This example of Christian art on a large scale was completed by a combination of some of the best artists in the history of Italy including most famously Michelangelo.

The theme of the art is typically Christian and depicts scenes taken from both the Old and New Testaments of the Bible.  Another example of Christian art in Italy with a similar style and theme but on a smaller scale is the Degli Scrovegni Chapel in Padua. The Christian art in this chapel depicts scenes from the life of Jesus and the Virgin Mary including the Last Supper.

Baroque art from Italy is a movement whose roots were entirely religious and at the same time political. This form of Christian art arose in Italy during the 17th century as a reaction to the spread of Protestantism which had already taken hold of parts of France and Switzerland.  The themes of Baroque Christian art in Italy were designed to evoke the emotions of Christians to ensure their loyalty.

Art in Italy can no longer be described as religious in totality because it is no longer the preserve of the church to direct such things in a secular state. However, there are still Italian artists who deal with Christian themes. One such artist is Giacomo Manza who has been influential in the field of Christian sculpture during the 2oth Century. The Bronze door of St Peter’s Basilica was made by Manza.

USA 0 26
Want to learn more about Native American horse art? Find out about the depiction

USA 0 5
Interested in buying Native American art prints? Read on to find out about the

USA 0 69
Interested in learning about Native American Bear Art? Read on to find out about

Chinese Calligraphy Symbols
China
Discover the brilliance of Chinese calligraphy symbols, their history and their usage in today’s
0 13038

Chinese Family Symbols
China
The Chinese symbols for family occupy a special place in their culture. Find out
0 4994

Rare Argentina Stamps
Argentina
Interested in rare Argentinian stamps? Want to know which stamps from Argentina are most
0 4732

Ancient China Social Classes
China
Interested in the social structure of ancient Chinese? Want to know more about the
0 2817