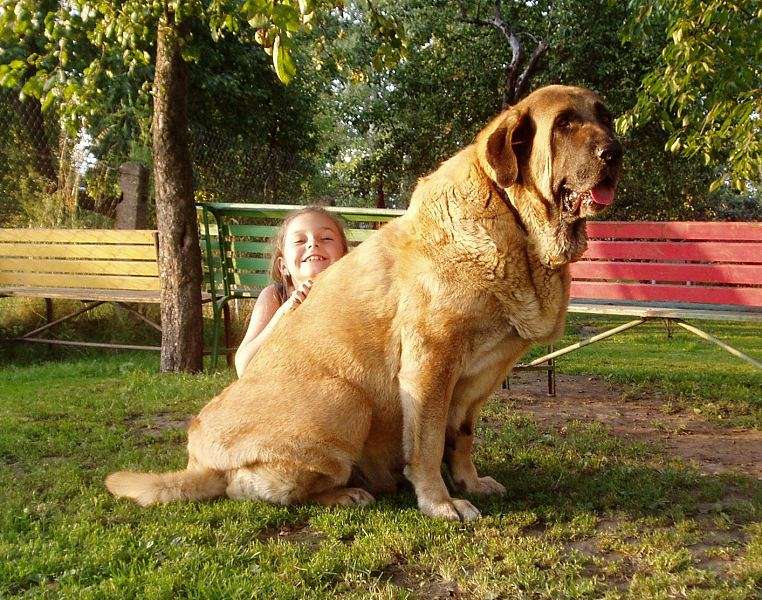 Want information on the Spanish Mastiff? The beloved Spanish Mastiff is a wonderful dog for defending livestock. Read ahead to learn more about this dog…

The Spanish mastiff is known as Mastín Españo in Spain. This large sized dog was bred for its skill and strength to serve as a guard dog while tending to sheep in the pastures.

The brave dog is known to protect and defend different livestock from predatory wolves and other animals that attack herds of livestock.

It is commonly believed that the Spanish mastiff is a descendent of the Greek dogs which were introduced to Spain in 1000 BC. These dogs were mainly introduced by the Phoenician and Greek Marine traders who frequented the Iberian Peninsula in that time.

The Greeks were known for utilizing similar dogs for their large size and strength during warfare and battles.

During the conquest of North and South America the Spanish also utilized the Spanish mastiff as well as other Molossers to battle the North American tribes including the Mayans and the Aztecs. These dogs which had been trained for combat were feared by the native Indians due to their fierce nature and strength.

Appearance of the Spanish Mastiff

The visual appearance of the Spanish mastiff is that of a large and imposing animal. It is similar to other mastiff breeds in appearance and has a huge head which has loose folds of skin along with the characteristic double dewlap on the dog’s neck.

The muzzle of the Spanish mastiff is longer when compared to that of other mastiffs. Other than that it has drop ears which are shaped like triangles and very small eyes.  The general color of the coat is fawn or reddish but it can also range towards black, brindle and the color of a wolf’s fur coat. The woolly texture of the fur keeps the dog warm along with the dense layer underneath.

This is stocky and robust dog. The chest looks like that of a heavyweight animal and the rectangular body is well muscled and toned with heavy and strong bones.

The hind feet have double dewclaws. This characteristic is shared by the Spanish mastiff and the Great Pyrenees breed.

The tail of the Spanish mastiff is low and has a fringed texture. Even though it is large in size it moves very smoothly and agilely across the terrain.

There are basically two types of Spanish mastiff one which is the heavy mastiff and the other which is the light mastiff known as Mastin Pesado and Mastin Ligero in Spanish.

The heavier mastiff is the mountain type dog from the north of Spain and is a show dog as they’re very impressive to look at. The lighter mastiff is faster and agile and found in the southern part of Spain. They are not considered individual breeds but are regional variants of the same Spanish mastiff.