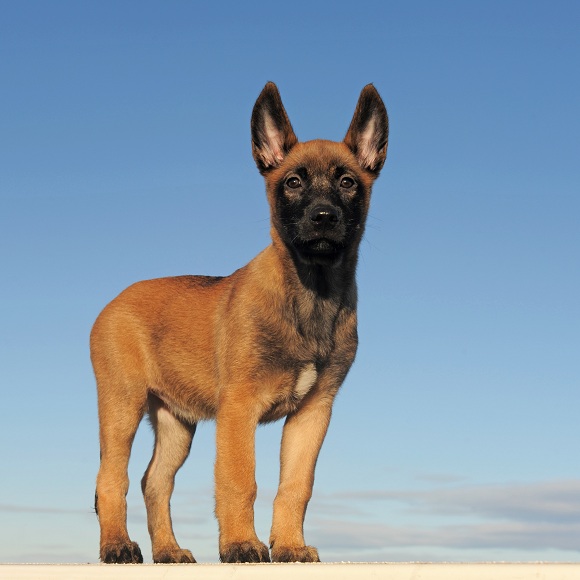 Interested in buying a Belgian malinois puppy? Find out what you can expect from a litter of puppies from this unique breed.

The sturdy and elegant looking Belgian Malinois has become one of the most popular choices for dog lovers around the world. The American Kennel Club acknowledges the Belgian Malinois as a distinct breed although it is generally considered to be a variation of the German shepherd. Irrespective of the theoretical debates regarding this breed of dog the fact of the matter is that more and more people are being drawn towards Belgian malinois puppies.

It is true that the Belgian Malinois is considered to be a guard dog. But only a full grown malinois can play that role. The Belgian malinois puppy is adopted as a companion and this is one of the unique qualities of this breed of dog. On the one hand it is a very obedient and stern guard dog whereas on the other it is a friendly companion.

With the male adult growing to a maximum height of 24-26 inches your Belgian puppies will be short in height but at the same time they wont have a bulky figure.

The puppies have a short coat of straight hair that suffices under all weather conditions. A litter of Belgian malinois puppies can range in a color spectrum from fawn to mahogany. The tips of their hairs are black. They have medium sized, dark brown almond shaped eyes and triangular alert looking ears.

What to expect from your Belgian Malionois puppies?

Your pup will begin to display sharp signs of alertness from a very young age. This sense of alertness is ever visible in their natural stance which is quite firm from the start. You should expect plenty of action with your Belgian Malinois puppies as they are known for to be extremely agile and very active.

Belgian Malinois puppies tend to be quite confident in the presence of human beings. They seem to have the ability to keep their cool even in new situations which is why you will rarely see them shy away or become aggressive.

The puppies will begin to display their protective nature from the very start. You will often find your puppies to stand up and warn at any threat that they perceive to their owners. At the same time Belgian Malinois puppies display a high level of obedience from the very start. This is why they can be trained to perform their duty to perfection as they grow old. It is this high disciplined nature of Belgian Malinois that sees them make their way into the police force.