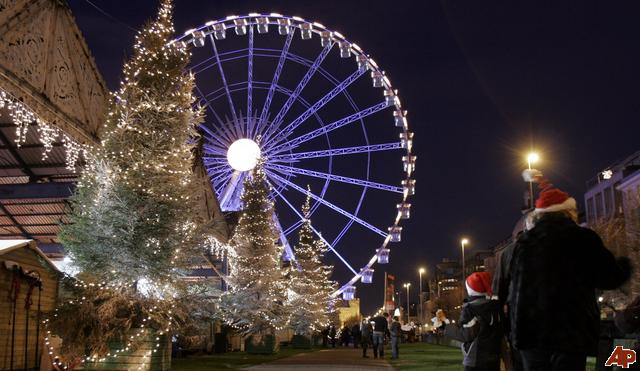 Want to know how Christmas is celebrated in Belgium? Read on to find out what makes Belgian Christmas celebrations different.

The bulk of the population of Belgium follows the Christian faith. There is perhaps no other time of the year when the religious fervor of the local people can be seen at its fullest than Christmas season.

Although Christmas is celebrated in many different nations of the world every color adds its own hue to the religious festival. Hence Belgium too has certain unique elements in their Christmas celebrations.

Perhaps the most distinctive feature of Belgian Christmas celebrations is the fact that they have two Santa Claus figures. This is quite unlike what you would find in any other country. The two figures are known as St. Nicholas and Pere Noel. The speakers of the Waloon language are visited by St. Nicholas twice during the Christmas season. St. Nicholas makes his first visit to check on the behavioral records of the children for the past year. For the children who behaved well throughout the year St. Nicolas brings gifts whereas the bad boys get nothing but twigs.

On the other hand the French speaking people are visited by Pere Noel. This Santa Claus figure actually has a side kick by the name of Pere Fouettard. They conduct the same procedure where they check up on the children’s behavioral records and reward them accordingly.

One of the most important festivals celebrated during the Christmas season is the feast of St. Nicholas which is held on the 6th of December. The day starts off with church service and ends with quiet family gatherings. The day sees the Belgians prepare all sorts of special Christmas food items such as cakes and other baked treats.

On the Flanders side however the 6th of December is celebrated in a different flavor. This is the big day for the French speaking population of Belgium when St. Nicholas arrives with gifts for the children. This is also another fundamental difference between the Belgian Christmas celebrations and that celebrated in other nations. The Belgians are quick to start off with their celebrations whereas the Americans wait up to the 25th of December for the actual Christmas celebrations to begin.

In Belgium Santa brings gifts only for the little children. The rest of the family keeps their gifts under their own Christmas trees. The exchange of Christmas gifts takes place well before the established date in Belgium.

Christmas stockings are a prominent part of the Christmas traditions of Belgium. This is largely due to the link between St. Nicholas and the washed stockings of children hung near the fireplace.