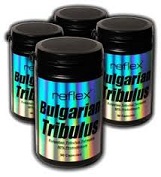 Are you interested in discovering the health benefits that can be obtained from Bulgarian Tribulus? Do you want to learn about where the plant Tribulus grows naturally? Read our guide for more facts and information…

The Tribulus plant is cultivated for harvest in many parts of the world for its medicinal properties; however, the plant is naturally occurring in specific regions. The plant flourishes in warmer climates, particularly in areas of the Mediterranean. The plant grows in a vine like fashion and in some areas, for instance in the United States, the plant is considered a weed and is treated as such. The plant, although it appears vine like, features not only leaves but also flowers that must be pollinated and are typically yellow in colour. The Tribulus grows naturally as a perennial plant but some cultivators have been able to alter the soil to create a mutation that produces annually.

The Bulgarian Tribulus has gained notoriety since its inception in Eastern Europe in the 1970s, for its use in the pharmaceutical field as it is commonly taken as a supplement in a capsule form. When the plant is processed into the capsule form it is considered part of the steroid family of drugs. The results obtained by the use of the supplements vary as not only does the plant induce a variety of effects but different amounts of Bulgarian Tribulus are available. When considering purchasing a bottle of supplements it is important to consider the plant level but also the investment you are making as an average bottle of the supplements costs around 30 American dollars.

The supplement is not commonly used amongst everyday people but the drug has become popular in athletic circles particularly those of body builders and weight trainers. The supplements are useful to athletes as the plant is able to help increase testosterone levels in both male and female bodies which provide the athletes with additional strength. If you are an athlete considering utilizing Bulgarian Tribulus capsules you should first ensure that the capsule will not place you in violation of any relevant anti-doping legislation. It is not only athletes who turn to the use of the supplements as the increase in testosterone levels can also help to improve fertility and sexual performance if the capsules are taken on a regular and prolonged basis.

The benefits that can be obtained from using these supplements may sound appealing but it is important to consider potential side effects before committing to the supplement. It has been recorded by previous users that an upset stomach as well as diarrhoea are common side effects when the supplement is initially used. It is also important to remember that because the capsule leads to an increase in testosterone that changes in the body, particularly female bodies are common. The heightened levels of testosterone commonly lead to unwanted hair growth, mood swings and/or changes in voice; these drawbacks may be enough to outweigh any potential benefits for many consumers. It is also of note that although many individual users of Bulgarian Tribulus have reported improved results, many studies have been unable to quantify any tangible benefits and in fact propose that the supplement does not move any hormone levels out of their normal range making the drug ineffective.