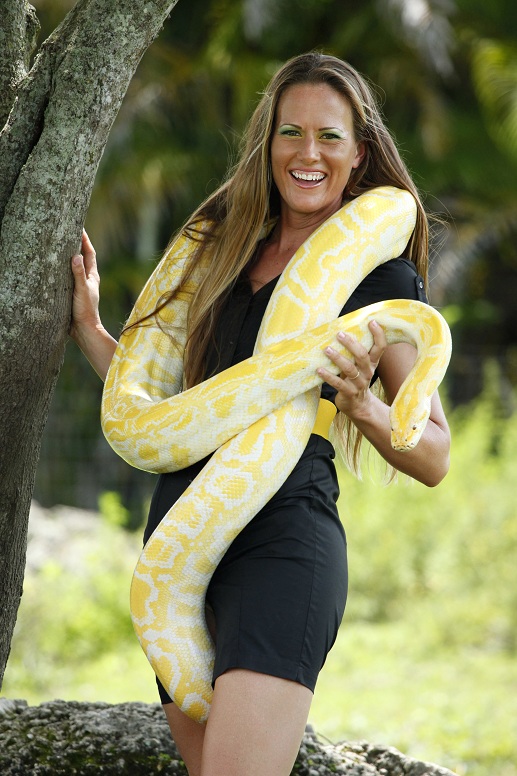 Do you find the big adult Burmese pythons fascinating? Are you curious to know more about them? Do you want to know whether these pythons are actually dangerous? Carry on reading to get answers to all these queries…

The biggest snakes that are present in the world are often portrayed in an intimidating manner to the outside world, courtesy the Hollywood adventure movies.  The top 4 snakes that are really big are the Reticulated Python, the Green Anaconda, the African Rock Python, and of course the giant adult Burmese python. As is evident from the name, the original habitat of these pythons is in the south-east Asian countries of Myanmar, Thailand, China, etc. These creatures find themselves at home in the rain forests which are present in this Asian region. These creatures can often be found residing on river-banks, but they are not totally dependent on watery environments like Anacondas.

It is quite surprising that in spite of such giant shapes, the Burmese pythons are adept at climbing trees and can often be found there. They are also frequently found in the proximity of villages, provided the climate suits their native habitat. In these areas these Burmese pythons feed on various rodents and rats. Another specialty about these giant adult Burmese pythons is that they have the capability of elevating their body temperatures for incubating eggs. In fact, all pythons usually wrap their own bodies around the eggs for keeping them warm. But, what makes Burmese pythons unique is that these creatures can actually increase their core body-temperature. Scientists have yet to unravel the entire science behind this amazing fact.

Let us have a look at some important statistics regarding these exotic Burmese pythons. These pythons belong to the family of “Pythonidae” (pythons). The name of this species of pythons is “Python Molurus”. As mentioned previously, these Burmese pythons are found in the southern and southeastern parts of Asia. These giant big creatures feed on various mammals, rodents and also birds. The average size of a big adult Burmese python is 13 feet, though in exceptional cases the length might even reach 20 or 22 feet. Among all the big snakes that are present in the world, these Burmese pythons are most popular in the industry of pet-trade. The primary reasons being the easy availability of these snakes, the colors present on the snakes’ skins, and also the lucrative profession of breeding.

Usually these creatures are harmless and docile, but one needs to be careful about the huge power that these snakes possess. Especially during the time of meals, if an adult Burmese Python is not handled carefully, fatal incidents might occur. Hence only people with prior knowledge are encouraged to take these snakes as pets.