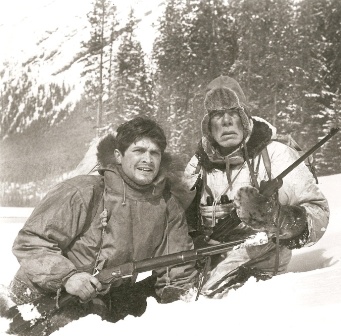 Canadian trappers are known all over the world for their skills at trapping different animals in the wild. In fact the Canadian National Trapper’s Alliance was formed in 1996 and brings together all the associations of provincial and territorial trapper alliances to create a stronger body to represent Canadian trappers.

The aim of this alliance was to maintain the heritage of the wild fur industry and establish it as a sustainable resource along with working towards the welfare of Canadian trappers.

Getting Ready For Trapping

It is essential to make the proper trap for the animal in the first go otherwise the animal becomes accustomed to the movement and trap tactic thereby making it difficult to catch them later.

Canadian trappers must check provincial regulations applicable in their area regarding the trap sizes that they are allowed to use on land, or for example if for aquatic animals and conibears then they must be completely submerged.

Apart from this there are specifications on the legal distances that the traps can be set around houses, buildings and parks which are frequented by humans and their pets. Therefore in order to avoid legal complications you must check regulations in your province and territory before setting a trap.

In mid winter the under ice trap can be very effective if used with bait. Once the ice has been freezing for a while the food that the beaver have stored under the ice begins to sour and even though it is still palatable and edible for the animal, they prefer to feed on fresh poplar which you can use as bait in your trap.

Runway sets are one of the most effective traps to be used during fall. With the rush to store food before winter sets in, the beavers run far and wide and scurry around looking for the maximum amount of food that they can store.

If you check the beaver dam in summer and compare it with the activity in fall, you will see a marked difference. At this time the channels and runs have worn out and you can notice where the beavers are swimming. You should pick a location that is only a little wider than the trap you use and for best results make sure that the trap is fully submerged in the water.

This can be utilized by Canadian trappers in areas of large open water bodies like lakes and rivers where it is difficult to find good locations to set up your trap. You should use fresh poplar bait and a good lure for the beaver.

Canadian trappers who often use this float advise the use of anchoring the set carefully to prevent it from being washed away in high tide.