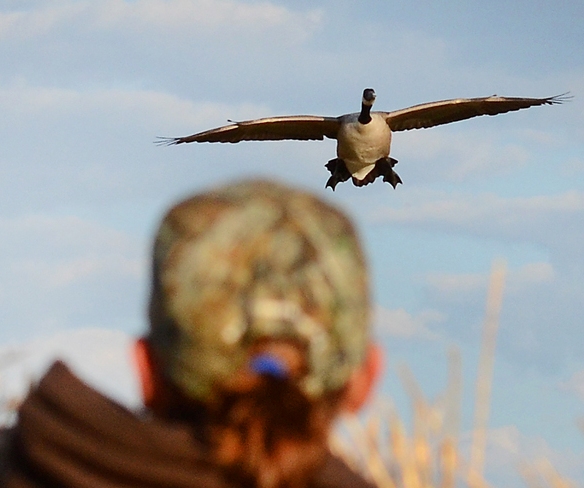 Considering a guided Canadian Geese hunt in New York? Want to know what choices are available for guided Canada Goose hunts? Read our guide for more facts and information…

Guided hunts for Canada Goose are available throughout New York state; but, hunts for Canada Geese are particularly common in the Northern region of the state along the south shore of Lake Ontario. Guided hunts are conducted in various regions through the use of blinds. It is common to set up the blinds in regions overlooking water, corn fields, wheat fields, and other regions. Guided hunts provide the use of large decoy rigs to help attract live birds. The decoys provided through guided hunts are more elaborate than those for personal use as they include various kinds of decoys as well as motion and silhouettes.  Guided Canada Goose hunts are only offered during the legislated hunting seasons. In New York State this means that hunts can be booked during two seasons. The first season runs from late October to late November while the second season is shorter running from late December to early January.

By signing up for a guided Canada Goose hunt you no longer have to worry about logistics or planning but it is still important to make sure that you bring the right equipment and attire. Most guided hunts recommend bring a 12 gauge shotgun to use on the hunt. It is also required by law to use steel shot. Many guided hunts will offer hunters the opportunity to rent this equipment which is beneficial to those experiencing the hunt for the first time.  Equipment is not the only important thing for a successful hunting trip as the clothing worn can affect a hunter’s success. Every hunter needs to bring camouflage clothing so that the Canada Geese do not spot the hunter. It is recommended to wear dull green or brown clothing and hunting cap. Also, as the Canada Goose season extends into winter in the late season it is recommended to dress in layers for warmth.  If the hunt is planned to be in marshy areas or near water it is also advised to bring knee high rubber boots. Finally, on guided hunts many participants will bring a camera to capture the experience.

Guided Hunts in New York have a varying price range and it is important to check to see what the fee includes. An average daily rate for a party of four is around $US 700 per day. Cheaper hunts can also be found as many guides offer a half day rate.  On the other hand some hunts may appear more expensive but lodging may be included in the fee. It is also common for companies to ask for a daily deposit to reserve particular days. On guided Canada Goose hunts it is also common practice to include an additional gratuity for the guide.