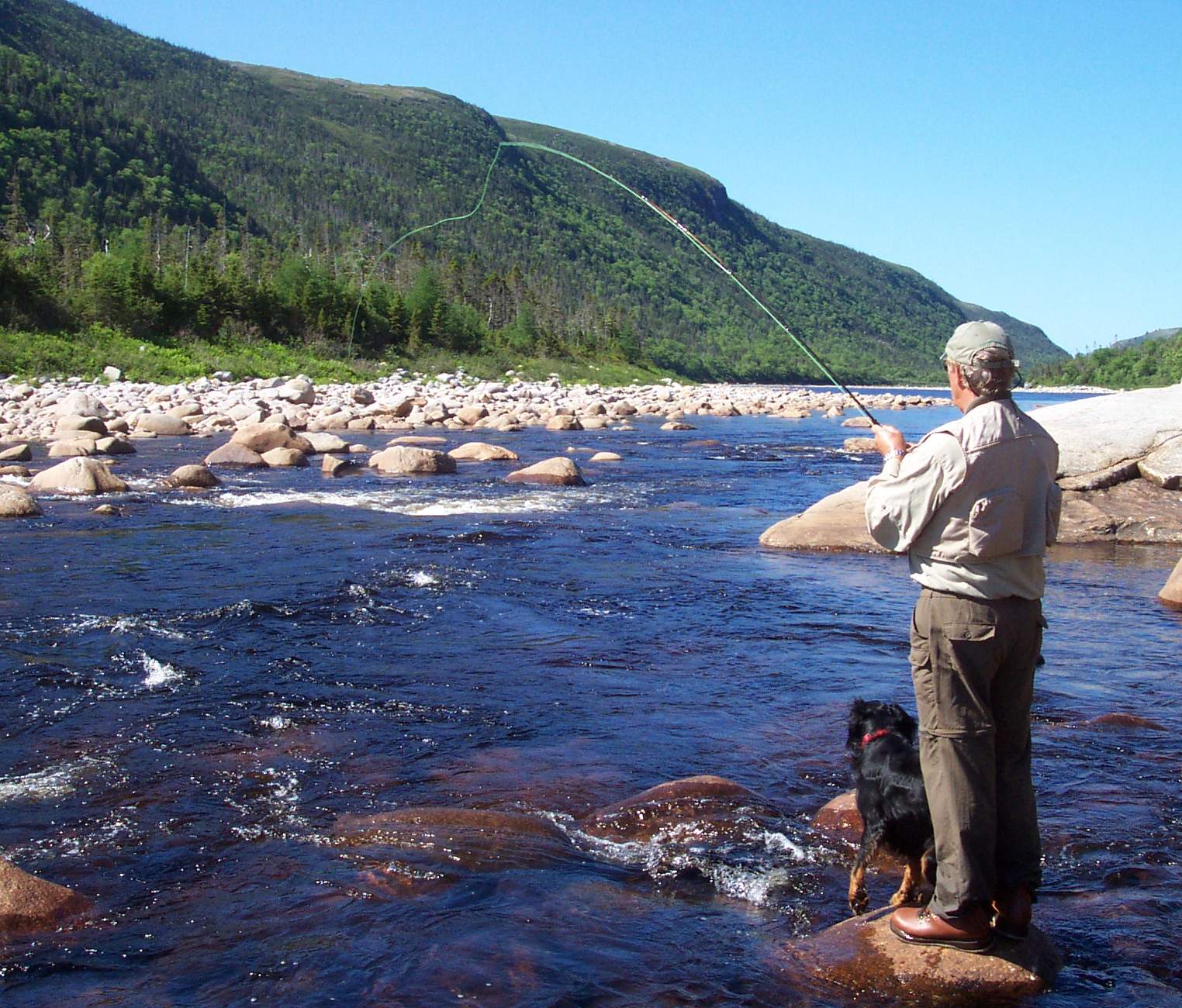 Want to learn more about trout fishing in Newfoundland, Canada? Want to know about the best fishing spots in New Foundland? Read on for facts and info on fishing for trout in Newfoundland…

Together with Labrador, Newfoundland is regarded as being one of the most pristine fishing destinations across the world. It is known for trout fishing in particular although a plethora of other species are also found in the region. In fact Newfoundland has the most diverse and abundant collection of fish in all of Canada.

Along with having a wide variety of species of fish Newfoundland is easily accessible which contributes to its popularity as a fishing destination. The region boasts some of the largest specimens of trout fish in Canada. The wild brook trout is found in great abundance and large sizes in Newfoundland. The sheer size of the fish is likely to tire the arms of the fisherman.

Newfoundland has hundreds of lakes and rivers that promise plenty of catch. There are an equal number of other lakes and rivers that have never been fished upon and yet house a greater variety of trout fish. These areas are gaining popularity with fishing enthusiasts from all over the world. Here you will be able to find present varieties such as the record-breaking landlocked salmon, the huge wild Atlantic salmon, the Arctic char, white fish, northern pike and brook and lake trout.

The volume of trout fish that makes its way through the many rivers of Newfoundland can go over 30,000 fish a year. You will be able to witness them passing through the waterways swimming at a lightning pace and making their acrobatic jumps along the way. Anglers will have to fight hard to catch the magnificent trout fish on their lines.

When going for trout fishing in Newfoundland, Canada you can forget about having a relaxed and lazy time. This is because you will have to exert your maximum effort for catching this particular species. You will be able to find many outfitters who can help you plan a fishing trip to Newfoundland. Such service providers are experienced and have inside-out knowledge about the region. Over the years Newfoundland has established itself as one of the most formidable places to fish for trout in this part of the world. With tourism to the region increasing manifold times the local authorities have been forced to develop fishing accommodation for the many tourists making their way to the region. This has added value to the fishing experience that the region has to offer.

Visitors to the many lakes of Newfoundland will be able to find their favorite species of fish right underneath the surface of the many waterways in Newfoundland. The region is known as the land of the big fish. You will be able to find a trophy fish that can weigh in over 8 to 10 pounds. It is for this reason that Newfoundland is considered to be one of the best places for anglers to find high-quality trout fish in great abundance. They are bound to send your reel spinning and your heart pounding.

Spain
Want to learn more about catfishing in Spain? Read on for facts and info

Jamaica
Negril is perfectly placed for fishing enthusiasts of all kinds. If you are planning