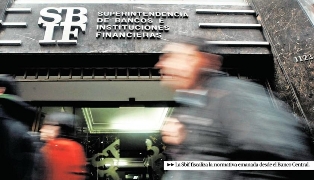 Want to learn more about the Chilean capital market reform? Read on for facts and info on the reform introduced by the Chilean government in the 1970s…

In the fiscal year of 2005 the Chilean domestic capital market had a total asset base of USD$90 billion. The largest investor in this fund pool was the social security system, valued at USD $ 75 billion which was then privatized. The mutual fund sector repossessed assets worth a total of USD 14 billion and showed a 15% annual growth rate.

Phase one of the Chilean Capital Markets reform was initiated in 1974-1975 when the Chilean Government liberalized interest rates along with credit controls.

Phase two of the capital market reform was introduced in Chile in the early 1980’s and this provided a stronger power base to the Superintendence of Banks and Financial Institutions SBIF. It also enhanced the regulations pertaining to Banks and Financial Institutions. This reform has resulted in improving the country’s financial health and stability and allowed the Chilean financial market to grow in size and depth and enjoy more liquidity.

Phase three of the Chilean Capital Markets reform was introduced in 2002 where the governments decided to base this market on three fundamental pillars. This reform aimed to deregulate the capital markets in the country thereby spurring economic growth and prosperity. The three pillars of this reform comprised of Pension system, Institutions and Taxation.

Initially the pension system offered two options to the administrators of pension funds, however these were increased to five options under this reform. Institutional reform comprised of deregulation of the insurance and mutual funds industries. The general fund administrator was established to look after various funds and regulate asset management. A 15 percent capital gains tax was imposed on securities along with high volume stock trades and on sale of company stocks after Initial Public Offer – IPO is introduced, for a period of three years which is the prime period for bonds or stocks to be sold on the stock market.

Phase 4 of the Capital markets reform in Chile was initiated in 2003 which aimed to create a healthy and competitive base in the capital markets in the country. In order to achieve this goal, the operations side of the financial system were restructured to make them simple and modernized. These reforms were based on six broad areas.

This reform provides temporary relief from capital gains tax with the aim to increase the total pool of entrepreneurs with the capacity to undertake progressive projects. The income and profits earned by this category are both tax exempt.

The local standards of legislation with regards to corporate governance were revised under this reform and set to match the Organization for Economic Cooperation and Development OECD standards.

Assets are essential and are to be shown as collateral. Following the current trends in the capital market the legal texts are revised accordingly. A savings funds was established whereby both employers and employees are to contribute to a savings fund. However the funds of the employers are taxable.

Bringing about enhancement of enforcement as well as supervision with the regulation and supervision of banking operations licenses, pension funds and life insurance providers where each are held accountable for securities of high value.