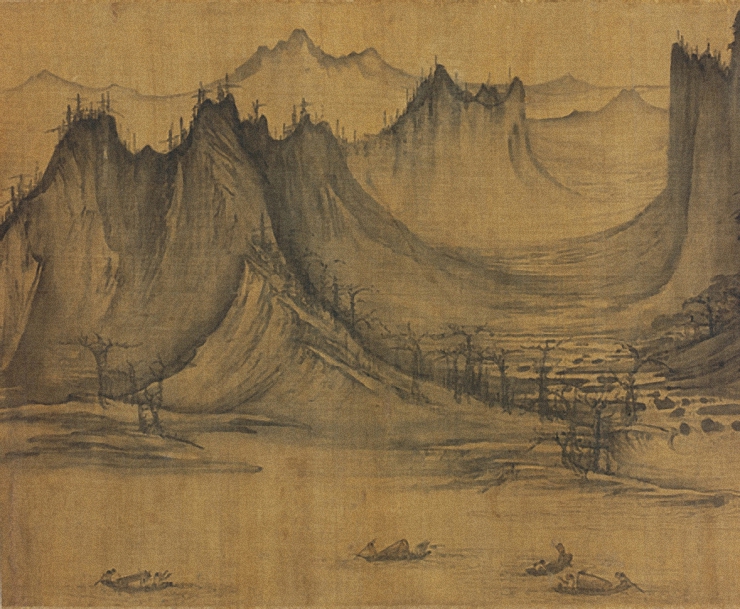 Ancient Chinese Art reaches back to the Neolithic era; however the art forms have varied through out the ancient history due to change in the ruling dynasties and changing technology…

Earlier art forms discovered in China comprise of pottery with geometrical design, carved jade and bronze goods. The Shang dynasty is known for its blue castings and clarity of details in the engravings. In Ancient China porcelain was introduced and refined to such an extent that today China has become synonymous with good quality porcelain. Among the best known porcelain objects are 12,000 life size ceramic soldiers, attendants, horses and chariots found in the tomb of the Emperor Shihuang.

Another of Ancient China’s extraordinary art was ritual bronzes; cast in bronze these sacrificial vessels had stylistic engravings. Later towards the end of Han dynasty this art also diminished although highly decorated bronze continued to be made.

It was at this time that calligraphy and paintings were really appreciated. Silk and paper were prepared with a fine coating of clay or plaster to create a smooth surface for painting.

Buddhist architecture and sculpture thrived in the short lived Sui Dynasty and then later in the Tang Dynasty.  Of which the Tang Dynasty was open to foreign influence therefore the Buddhist sculpture returned to a classical form inspired by Indian art.

There are very few remains of paintings of ancient times except on ceramic and tiles, a clear historic development can be traced only after 5th century AD. Hundreds of caves of Buddhist wall paintings and scrolls dating back to late 5th century AD have been discovered.

A highly organized system of representing objects was discovered different from the western perspective; the greatest strength of this art is its incomparable mastery of lines and silhouette.

The art of figure painting reached it’s height during the Tang Dynasty, which also saw the rise of the great art of landscape painting executed as brush drawings with color washes

Ancient Chinese music can be traced back to Neolithic age based on the discovery of bone flutes.  Poetry and Music were influenced by the Book of Song, Confucius and the Chinese poet and statesman Qu Yuan.  In the Xia, Shang and Zhou dynasties music was only for the royal families and dignitaries, entering the mainstream only in the Tang Dynasty. In the Song Dynasty ,Kunqu, the oldest form of Chinese opera developed and it was during this time that the writers and artists came up with new form of lyric poetry –Ci.

There were other forms of art apart from the ones mentioned above during ancient times in China like Seals, Calligraphy, Embroidery, kite making, paper cutting and shadow puppetry. Ancient Chinese culture boasts of glorious forms of Art and traditional crafts which are just two of the many jewels in China’s 5000 year history.