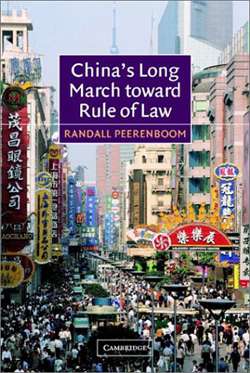 Want to know the main principles of Ancient China’s legal system? Interested in learning about the theories that founded the Chinese legal code? Read our guide for more facts and information…

Many of the ancient legal systems were considered to be harsh by modern day standards. When societies were beginning to establish civil order and a government hierarchy often many premises seemed extreme; for example, Hammurabi’s Code and the eye for an eye principle or the torture practices common in Medieval Europe.

Confucianism as a philosophy gained prominence in the early existence of Ancient China. The Confucian philosophy believed that social control and social order could only be created through education.  Confucianism influenced the Ancient Chinese legal system as it believed that humans were inherently good and that order was based on respect for the King and one’s fellow man. The early legal system of Ancient China was as a result, hesitant to utilize codified or written law. This was because codified laws served to tell people what to do without explaining the reasoning.

Instead of codified law, the legal system of Ancient China was initially intended to be secondary to moral reasoning. It was believed under Confucianism that by ruling through traditions, norms, and morals that those who broke the accepted conditions would be ashamed and ostracized from society. Over time however, it became clear that in some circumstances people’s self-interest would differ from society. It was because of this that the premises of Confucianism were mixed with those of Legalism to form the first codified law in Ancient China.

Legalism in contrast to Confucianism was based on the concept that humans were predisposed to evil or wrongdoing. This belief led to the understanding that codified law and punishments were needed in order to maintain order in society.  When Ancient China began to incorporate these principles into their legal system a focus was placed on the ruler. It was important to these principles that the ruler remained above the law so that his word could act as a guide. It was also important to Legalism that a ruler was respected so that his laws and punishments were seen as just.  As Ancient China’s legal system evolved it remained important that the law had the respect of the people and that the people understood the traditions.

Ancient China’s legal system is one of the oldest legal traditions and yet unlike modern day systems there was no separation between civil and criminal law. The legal system of Ancient China was structured around the ruler being able to unify society’s interests while maintaining respect. This premise is why any crimes against the ruler received no mercy. After the ruler in Ancient China the family was held in the highest regard; this is why crimes against the family were considered one of the greatest offences.

In general Ancient China’s legal system attempted to enforce filial piety, to uphold the respect of family ancestors, to avoid legal action when possible, to create deterrents to actions and to control outbursts. In comparison, to many other early legal systems, China’s system was relatively relaxed and centered on the citizens rather than government mandates. Ancient China’s legal system was founded on the traditions of the society it was meant to control allowing the system to evolve into the present day.