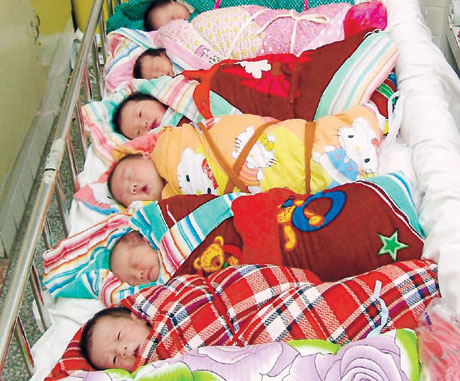 Traditionally Chinese parents would name their children after analyzing its meaning.  They would choose names that have great virtuous meanings with the hope that their child would develop those good qualities.

The collection of Chinese names for boys has many diverse choices to offer for interested individuals. These names vary according to their spellings, pronunciation and the meanings that they possess. The ideal Chinese name is one that strikes a balance between all these three elements that are looked for in a name.

If you want your baby boy to grow to be a protector of the law then the name “Fa” is a great choice. The two letter name actually means “law” or “method” in English and as such is a symbol of an upright character. Similarly you have the name “Ji” which is also as short as the above mentioned name and has a similar meaning as it translates as “order” and “community”.

Zhu is another short name that is all set to give your baby boy an authoritative character. This name is chosen for a natural born leader as it means “master”. On the other hand if you believe in accentuating your boy’s spirit of adventure then the Chinese name “Gan” meaning “adventure” is the choice for you.

There are certain Chinese names that are instantly identified as having originated from China. These names are often the oldest used names in the Chinese culture. If you are looking for one of these Chinese names then rest assured there is plenty of choice at bay.

Probably everyone is aware of Chinese names like Chang, Chen and Lee but you would want to be looking for something different. It is not that these names don’t have great meanings, it’s just the fact that they are so common that they seem to have lost their appeal.

There are however plenty of unique Chinese names out there such as Deshi. This name is an ideal one for a young boy as it has all the elements that you would want to look for in a Chinese name. It has a distinctly traditional Chinese flavor along with which it has a great meaning of “virtuous man” which is exactly what you would want your child to grow up to be.

Another unique Chinese name for boys is Cong. This is not the same as the English Kong which happens to be the name of a giant ape. On the contrary the Chinese name Cong translates to mean clever, which is what makes it a popular choice. He-Peng is another orthodox Chinese name which means peace. In today’s troubled times this is also a great choice to name your child with. Similarly you have other names like Jun meaning truthful, Liang meaning kindness and Piao meaning handsome as other great choices for baby boy names.