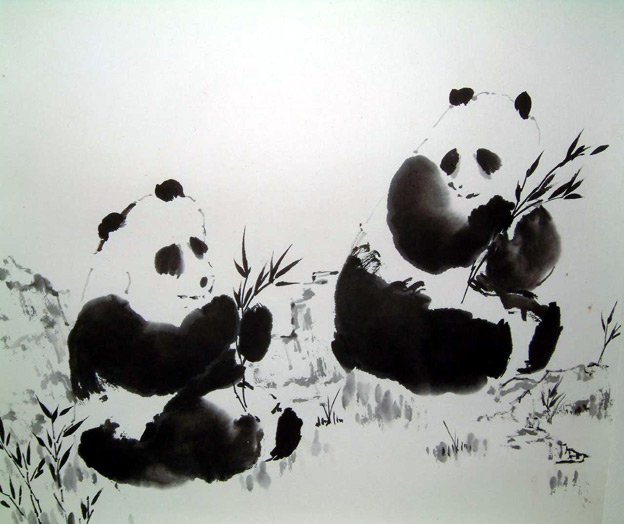 In truth however the Chinese have been creating art work with the use of the brush since more than four thousand years ago. Chinese brush art went through a continual process of evolution throughout the changing times. The huge collection of Chinese brush art shows the influences of the specific era during which the art work was created. The art work in fact serves as a historical record of the different eras and gives an insight into the social conditions that prevailed during the different times.

It was after the introduction of Buddhism into China which made its way from India that Chinese brush art really began to flourish. With the evolution of the writing system and the development of Chinese calligraphy the brush was being used for various purposes. Although all of the above mentioned art forms make use of the brush, Chinese brush art is a term used to define a specific form of art that originated from China. In later years the art form spread to the neighboring countries of China where it took on a localized rendition over time. Thus China as such paved the way for brush art to flourish.

The Brush and Brush Art

One of the things that led to the development of this art form was the fact that the Chinese were not only extremely skilled in making use of the paint brush but they were also very good brush manufacturers. The majority of brushes were made using bamboo and the tips would be made using the fur of different animals ranging from goats, sheep, tigers and other rare animals. Some of the more elite brushes were made using gold and silver instead of bamboo and the brush head was made using the fur of some exquisite animal.

Traditionally the Chinese confined themselves to the use of black ink when it came to brush art. Over a period of time they introduced a color palate into the art form and Chinese brush art thus became far more expressive with the use of colors. The passage of time also led to the development of different techniques which were then refined and taught to students of the art form.