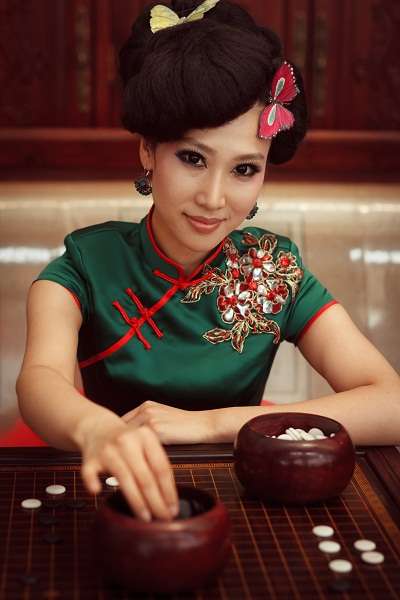 Chinese Checkers is a traditional board game that has been present in the Chinese culture for centuries. Shaped like a six point star this unique board game has its own rules that differ from the checkers that the world commonly plays.

A coin toss decides who starts. Each player gets to move a peg at a time in turns. A peg can be moved one step at a time into an  adjacent hole. It can also hop other pegs in order to end up in another position. The hopping can only take place over the pegs that are situated next to each other and then end up into the first hole that lies beyond it. A player can make his pegs jump over his own pegs as well as the pegs of his opponents in any direction. At certain stages of the game the player can get a chance to move a single peg all the way to the opposite triangle in one go.

A peg must however never be removed from the board. Other than that a peg can fill in any hole on the board including the holes in the opponent’s triangle. Once a peg manages to enter an opposing triangle it is not allowed to make its way out. Rather it can only move inside that triangle.

In order to win the game a player has to beat his opponents to be the first to fill in all the ten destination holes. One aspect of the game that has always been under debate is the blocking of a peg from entering a destination hole by an opposing peg. This is a perfectly legal defensive strategy that one can use to place hurdles in the oppositions path to victory. Unfortunately many game rule books do not cover this aspect which is why the debate arises. According to the traditional way of playing the game blocking the opponent has always been permissible.