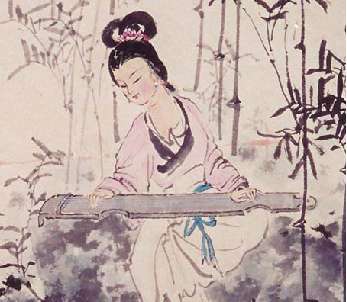 Interested in Chinese classical music? Find out about the history and evolution of the unique sounding Chinese musical art form and its variations.

Archaeologists have been able to unearth musical documents and artifacts dating back to the earliest Chinese civilizations. The first formalized musical culture came into being during the Zhou dynasty that lasted from 1122 BC to 256 BC.

With the passage of time Chinese music went through a series of modifications and today you will be able to find many diverse colors in the musical culture of China. What exists today is commercial music but Chinese classical music was a complex art form that was considered to be a very noble and high discipline.

Old school Chinese classical music has a very distinct flavor to it. It was based on pentatonic scales which made it instantly identifiable. The oldest instruments used for the purpose of creating classical music were bamboo pipes and qin. The Chinese made use of instruments made from many different building materials such as wood, gourd, bamboo, metal, stone and clay.

The introduction of vocals in Chinese classical music

Classical music varied from region to region. Some regions are particularly popular for instrumental music known as dizi and erhu. These forms of music are more popular in the surrounding areas of China. Zheng and pipa are forms of classical music that have been very popular in China over the years. The areas of Hakka, Chaozhou, Henan and Shandong are known for the zheng style of music. Shanghai and the surrounding areas are known for the pipa style of music.

Amongst the various forms of classical music perhaps themost famous is heterophonic music that is attributed to China’s biggest ethnic group, the Hans. This was a unique form of music in which the musicians played along a single melodic line accompanied with percussions and dance performances.

The Chinese take great pride in the history of their classical music. They have made considerable efforts to safeguard their ancient musical forms by keeping the traditions alive. Today you will be able to find reenactments of classical Chinese music and many recordings that can give you an idea about the unique sound of Chinese classical music.