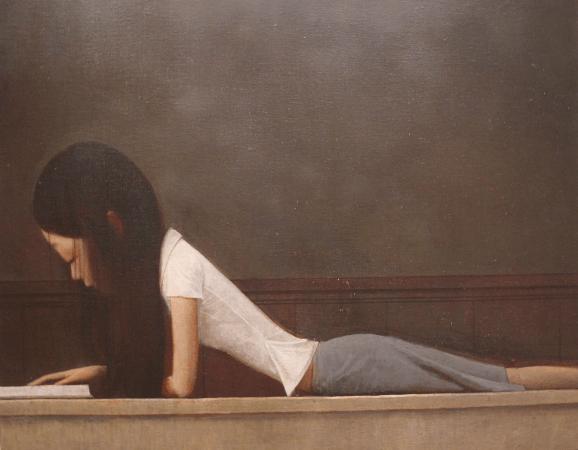 Interested in modern Chinese art? Experience the transition that traditional Chinese art has made in modern times resulting in Chinese contemporary art.

China has a long, mysterious and unique art history. The country is known to have been the breeding ground for many revolutionary art forms such as papercuts and Chinese calligraphy. Today however the Chinese traditional approach to art is experiencing a transition as a result of the new culture movement that started during the 1920s and has been snowballing since then.

This new culture movement was actually a step away from the traditional culture. It took its inspiration from the modernized west and sought to replace the Confucian culture with western ideals. Along with the other major changes that this movement triggered was the fact that it gave birth to contemporary Chinese art. Although it still had elements of traditional Chinese culture it was something new and experimental.

Over the years Chinese contemporary art has flourished and has managed to attract world wide attention. The growth of the popularity of modern Chinese art took place at an alarmingly fast rate. As the Chinese masses became familiar with the western ideology and practices they began to fuse their new found knowledge with their historical heritage to put forward truly unique pieces of art.

The adoption of western ideals had a two fold influence on the art of the nation. The Chinese artists were now exposed to a new world of revolutionary concepts. They no longer restricted themselves to the traditional themes; rather new and revolutionary themes and concepts began to develop in the minds of the Chinese artists.

Today China has some very well known contemporary artists that have managed to gain world wide acclaim. Liu Ye is one amongst the many contemporary Chinese artists that is known for his contemporary paintings. Another popular contemporary artist who specializes in the field of photography is Wang Qingsong. He recently released a series based on the 2008 Olympics in which he worked with some acrobats to make it abstract and artistic.

Zhang Huan is a contemporary Chinese sculptor who has managed to attract world wide attention with his out of the box concepts and spot on execution. His recent works include the sculpture series of the bull and the Marble arm. Yue Minjun is one of China’s most popular contemporary artists who gained fame through his series of self portraits in the form of paintings and sculptures. It took the artist more than ten years to complete the series.

There are two things that have led to the popularity of Chinese contemporary art. One is the fact that it has a truly unique flavor as you never know what to expect from the Chinese artists. The second factor is the exposure that they have received through the various channels of mass media.