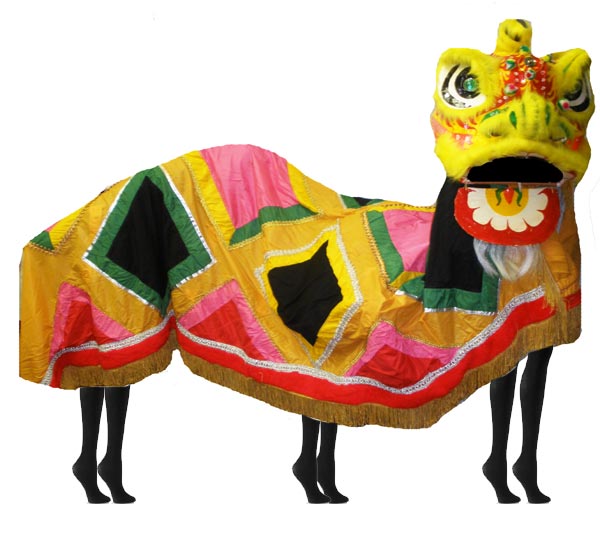 The Chinese dragon is composed of a combination of different physical features taken from various animals. The end result is the classic image of the dragon that finds itself represented through various forms in the Chinese culture.

The image of the dragon is one that is highly revered and holds eminence in the eyes of the Chinese. They have made the dragon a part of various celebrations such as the traditional dragon dance which is most commonly witnessed on the event of the Chinese New Year. This unique dance performance involves a team of dancers dressed up in a dragon costume.

The Chinese dragon costume that was developed for the dragon dance but it wasn’t something that one individual would wear. Rather this unique costume was worn by the entire team of dancers which could consist of more than eight people.

The costume consisted of a specially designed head. The head is the most striking feature of the dragon costume. After all it consists of the eyes of the rabbit and the ears of a cow along with the horns of a stag. This head is carried by the lead dancer. Although the person carrying the head is considered to be the lead dancer he does not make many dance moves as he has to remain stable and carry the head.

The particulars of the head may vary from costume to costume. The heads often feature different color themes that make them look very interesting. From the head follows a rigged body which is held up by as many people as you like. The length of the rigged body which is also considered to be the tail is made according to the number of people that are going to be holding it up. The end of the body is shaped like the end of the dragon’s tail.