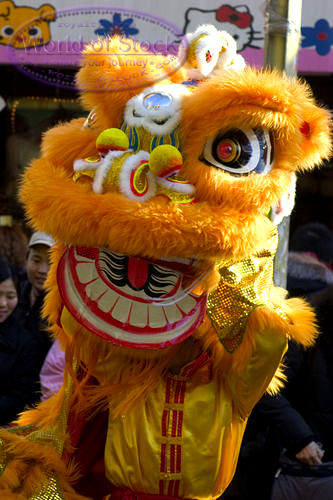 Find out about the historical origins of the Chinese dragon mask and why it is still a prominent part of Chinese culture.

The Chinese dragon is one of the most profound identity forming symbols of Chinese culture. The dragon has long been part of Chinese tradition and till today holds a prominent place in the contemporary Chinese society. In fact today the Chinese dragon is used as a bait to attract foreigners to the land and give a boost to the tourism industry.

The dragon mask is perhaps the most famous element of the Chinese New Year celebrations and indeed it is the biggest tourist attraction as well. The dragon mask was once upon a time a considered to be a sacred entity that was held in high esteem by the locals. Today it has lost its significance in the eyes of the public but retains its prominence. The dragon mask is more of a cash cow for the Chinese at the moment as it attracts a lot of people who have just become exposed to the unique culture of China.

When we travel down the lane of history we find that the dragon mask was used with religious beliefs. The Chinese had immense faith in the various powers and abilities attributed to the dragon. Hence the use of the mask was widespread and there was a mutual acceptance of the benefits of keeping or wearing a Chinese dragon mask.

In the secular society of today the dragon mask is void of any such associations in practice. Although you will find it to be in prominence in the Chinese culture not many people believe in the legends that surround the dragon. The locals have however made all possible efforts to maintain this as a historical tradition and part of the ancient legacy of the country. This is the reason why the dragon mask is still found to be part of the culture of China.

Historically the farmers made use of the dragon mask with the belief that it would attract rain and thus lead to a good harvest season. The dragon mask is also a popular feature in the dragon dance that is performed during the New Year Celebrations.

The traditional dragon mask features the dragon with its jaw wide open. It is decked with bright colors so as to make it stand out. Red and blue are the main colors with fur highlights enhancing the mask and making it stand out even in a large crowd.