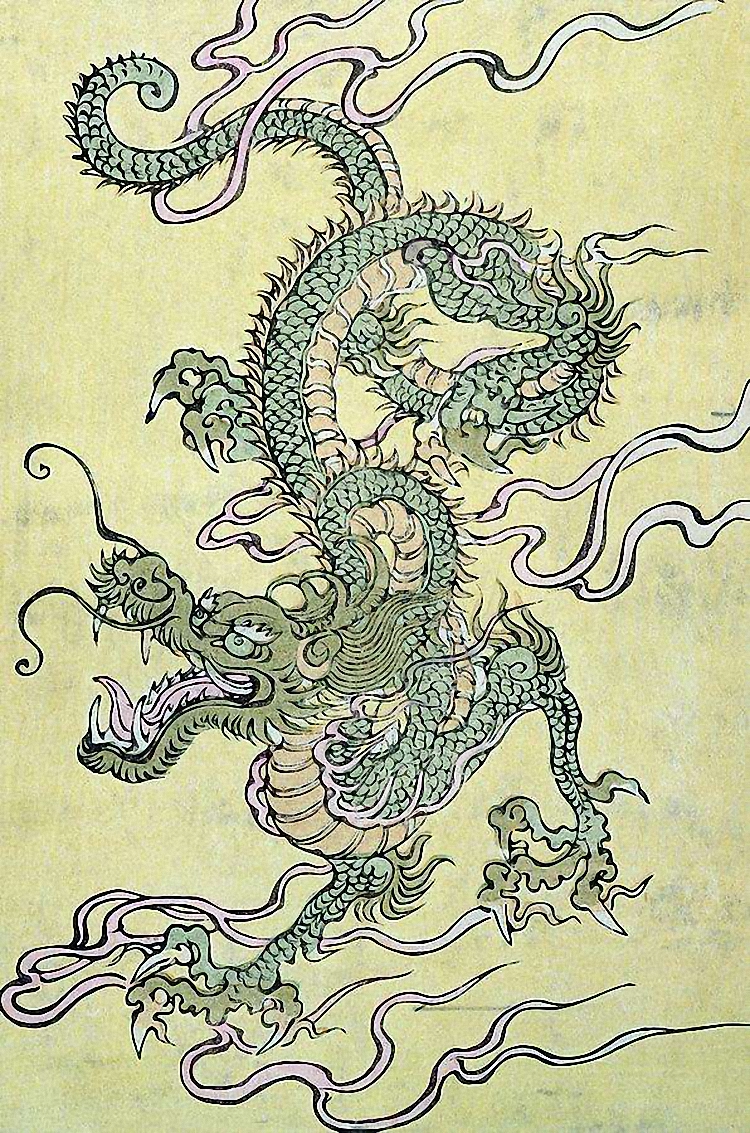 The symbol of the dragon holds great prominence in Chinese culture. This is evident when one observes the art heritage of the country. When we delve deep into the history of Chinese art we find the dragon to be a popular theme amongst the local artists.

This unique mythical creature came into existence on paper after combining the physical features of nine different earthly animals. When we observe the Chinese rendition of the dragon in the various paintings we find it to be very different from the fire breathing evil dragon of the west. The dragon is neither perceived to be evil nor violent in Chinese culture. Similarly the portrayal of the beast in the paintings is not centered round making it look evil. Rather the different paintings seek to portray different concepts with the use of the dragon.

The painting of the dragon can take on different meanings depending upon a number of factors. The primary factor that determines the interpretation of Chinese dragon paintings is the kind of dragon that is used in the painting.

The Chinese dragon has nine different variations to it. The most commonly featured dragon in Chinese paintings is the classic horned dragon. If you observe carefully the dragon takes its horns from the stag. Then there is the free spirited homeless dragon that has a totally different interpretation.  The celestial, spiritual and the winged dragon are the grander versions of the beast.

The yellow dragon is yet another one amongst the nine renditions of the mythical character. Then there are dragons that are associated with special powers such as the dragon of the four seasons and the dragon of hidden treasures. The coiling dragon is also amongst those popularly featured in Chinese paintings.

Although the Chinese artists took the dragon as a theme to unleash their artistic expression the people took Chinese paintings depicting these dragons for different purposes. For example paintings featuring the Chinese dragon of hidden treasures were taken as a symbol of good luck. The locals would hang them in their houses or shops for the purpose of attracting good luck.

The dragon paintings feature intricate details that make them highly valued works of art. The vivid use of colors and the interesting compositions are other factors that add to the aesthetic value of Chinese dragon paintings.