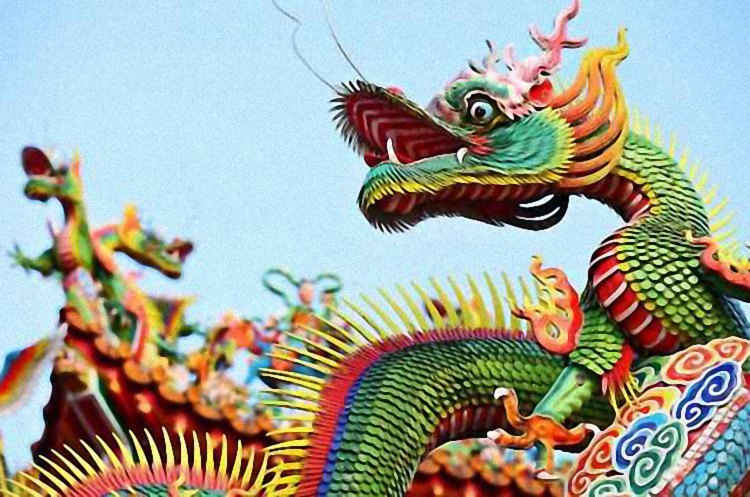 The dragon has been a prominent part in the history and mythology of a number of oriental countries. One can find the mythical character being represented through various forms of art in China, Japan, Taiwan and Korea. In all of these cultures the dragon is considered to be associated with the spiritual world and is taken as a symbol of power and glory.

Although there is much talk about the different kinds of two dimensional dragon art originating from China actually the dragon has been featured in three dimensional mediums as well. Ancient Chinese architecture is full of examples of the dragon being used as a design motif as well as various statues and sculptures.

Today dragon sculptures can be found all around China. They are taken as a means of artistic expression by modern sculptors and are used for the purpose of decorating homes as well as public places. Since the Chinese dragon is a unique oriental creature the statues have gained popularity all around the world who find them to be highly creative and unique.

Delving deep into what the dragon means to the Chinese people one finds it to be the most highly revered creatures of the culture. In fact the Chinese people often refer to themselves as descendants of dragons. The dragon in general is taken as a good luck symbol and it is believed that keeping a dragon sculpture or painting in your home will ward off evil.

The Chinese dragon is identified by its five claws unlike its Japanese counterpart that has only three claws. The sculptures and statues that archaeologists have managed to uncover reveal the imperial power that the mythological creature was believed to possess. Archaeologists have confirmed that the sculptures date back to the times when history wasn’t even recorded in written form. That’s how ancient the Chinese dragon tradition is.

The history of the country reveals grand statues and sculptures featuring the dragon. One of the most popular dragon sculptures is the Nine Dragon Wall. Situated in Beijing it has become a popular tourist attraction in today’s times. The sight has been a place of worship for nearly two hundred years now and showcases a giant dragon sculpture. The entire wall is covered by this amazing work of art which features intricate details as well as vibrant colors.

The ceiling of Sokoku-ji Temple in Kyoto features another amazing historical dragon sculpture. The dragon sculpture on the ceiling generates an awe inspiring effect on all those who enter it. Many such artifacts have been discovered by archeologists.

In the days when dragon sculptures flourished they would either be found at sites of worship or as part of the emperor’s collection. Those dragon lovers who could afford them would also keep dragon statues in their homes.