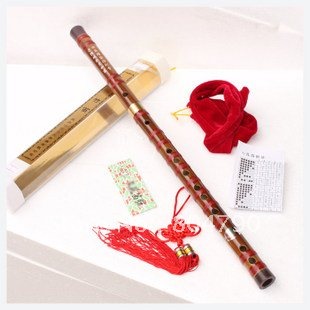 Interested in Chinese flute music? Find out about the history of the flute and its use in different musical forms around China.

The flute in its many manifestations has been one of the most popular instruments to have been used in China. The Chinese version of the flute was famous by the name of dizi and hengdi. You will find the term “di” to be used in all the different variations of the flute. Dizi however is the name of the contemporary Chinese membrane flute. The hengdi flute on the other hand is the transverse flute which is constructed with and without a membrane.

The Chinese opera was one of the art forms where the use of the flute was very prominent. Traditionally there were many different forms of the flute that were used in opera performances.

The Qudi is one of the most popular versions of the flute. It became popular with its widespread use in the Kunqu opera as well as the Luantan opera which originated from the central Eastern region of China. When the Kunqu opera was accompanied by the qudi it was referred to as Kundi. The Bandi is another version of the flute which became popular with the Bangzi opera of northern China. The short flute was also known by the name of duandi and gaodi. This particular flute was shorter in length than the qudi and was able to generate higher tones.

The Chinese used to name their flutes according to the building material used to construct them as well. There are many such examples such as the yudi which means the jade flute. The bamboo flute was known as zhudi and the iron flute as tiedi. The Chinese bamboo flute is one of the most popular versions of the flute which is often exposed in the history of Chinese music literature.

The ancient version of the flute is considered to be the first melodic instrument crafted by human beings. The most ancient Chinese flute was actually made out of bone and dates back to more than 8000 years ago. Archaeologists were able to unearth this amazing ancient flute in the Wuyang County situated in the Henan Province. The flute featured seven holes and is still in a playable condition.

The archaeological discovery made at Hemudu revealed some forty bone flutes that could be dated back to 7000 years ago. The bulk of these bone flutes had three holes with one of them having up to six. The modern day dizi is modeled after these ancient bone flutes.

When we speak of the recorded history of the flute then the Chi is by far the oldest documented Chinese flute which flourished during the Zhou dynasty which lasted from 1122 to 221 BC. The flute was constructed in such a manner that it had its mouth hole in the side of the tube. The chi was relatively smaller than the Chinese di.

The Chi has to be played transversely although it has a different construction than that of the di. It is considerably shorter in length yet has a large internal diameter. The chi has its finger holes at a ninety degree angle from its mouth hole where as the di is constructed much in the same manner as the modern day flute.