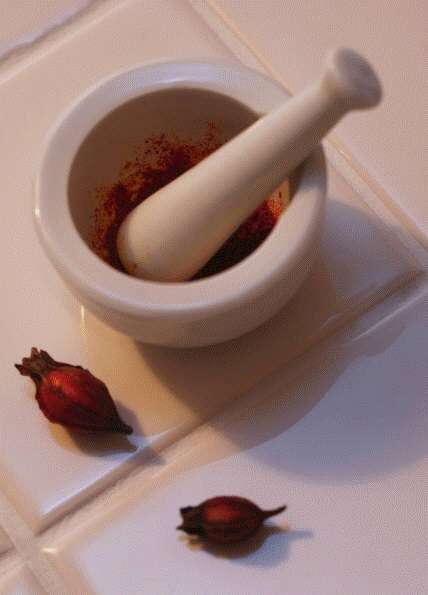 Looking for Chinese herbs to stop menstruation? Get an overview of some of the herbs that can help control excessive bleeding and prolonged menstrual blood.

According to Chinese medicine menstruation is not just bleeding from the womb rather it results from physiological fluctuation that occurs within the body. Chinese medicine was the first to realize this phenomenon. It went further on to identify strong links between the menstrual cycle and the function of the kidney as well as circulation of blood and Qi. Over the year the Chinese have prescribed many herbs to treat menstrual problems such as Menorrhagia which is a prolonged menstrual bleeding.

If a period lasts longer than the normal seven days or exceeds 80 ml in volume then there can be numerous causes for this such as abnormal blood clotting, disruption of normal hormonal regulation or disorders. Chinese herbs can be used to stop excessive bleeding during menstruation.

The Angelica root which is native to China is considered to be an extremely sturdy perennial plant. Chinese medicine has been prescribing the use of this herb for over 5000 years. It works as an overall tonic especially for the reproductive system and can help to balance the hormones in the body. On the one end it can help to bear the pain preceding a menstruation period and on the other it can help to stop menstruation. This herb is more commonly known as female ginseng.

This powerful herb provides the cell structure of the capillaries, veins and arteries with their necessary nutrition thereby improving the circulatory system. In this way it also helps to stop excessive blood flow during a menstrual period. Along with this it helps to relax the muscles while boosting metabolism and enhancing the digestive system.

This popular Chinese herb has been used for the purpose of boosting the blood circulation of the body while having the power to stop internal bleeding. It is also used to provide treatment to gynecological blood diseases and helps to regulate excessive bleeding in menstruation.

This unique Chinese herb works to stop menstruation by constricting the body tissues. By doing so it also calms down the frequent cramps that women experience during menstruation.

This particular herb is also known by the name of tien chi ginseng. Radix Notoginseng has been widely used for centuries within China for the purpose of stopping menstruation when it prolongs more than the normal duration. The herb is known to be beneficial against high cholesterol, angina and helps to promote blood circulation. This herb is also potent in antioxidants and extremely effective when it comes to regulating excessive bleeding during menstruation.

Generally this herb is used to treat trauma related problems in the body such as blood disorders. It can help to relieve body pain and excessive bleeding that may occur due to trauma in menstruation.