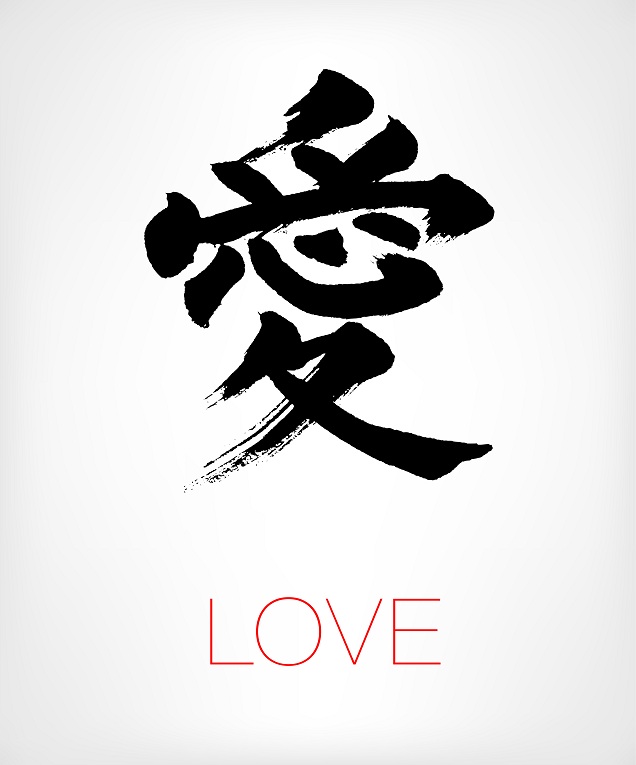 Written down as a four letter word in English, the word “love” is believed to have meaning that goes as deep as the oceans. This is one of the reasons why man has always strived to express his love through various other symbols so as to get the intensity of his message across.

From the giving of a rose to a simple physical gesture and the most profound of poetry people have sought to represent the feeling of love in diverse ways. Amongst the many symbolic representations of love are the Chinese love symbols that originated many years ago in the country.

Love is a feeling of the heart and can be felt for different things and people in different ways. Hence the way you express it also varies according to the one to whom you are expressing your relationship with that person. This is where the brilliance of the Chinese love symbols comes in.

Brilliance of the Chinese Love Symbol

Chinese symbols have been part of the Chinese culture for centuries. The Chinese character that represents a word or a concept is known as hanzi. When the hanzi symbol for love is observed at a closer level one can actually notice a picture of a heart smack in the centre of the symbol. This is one of the things that make the Chinese love symbol clear, lucid and effective while being stylish at the same time.

The Chinese love symbol rightfully captures the essence of love which is the connection of it with the heart. This is clearly displayed on the visual of the symbol. The pronunciation that the Chinese love symbol takes on is also relatively easy for the non-Chinese people to pronounce as it sounds similar to “eye”.

Sometimes you will find the same concept of love to be represented through different Chinese symbols. This is because Chinese symbols vary with regards to the degree of their complexity. On the one end of the spectrum you have highly detailed Chinese symbols for love that have everything including the little heart in the centre. On the other end you have the simplified version with the heart taken out of it.

The traditional system of using Chinese symbols was dropped by the government of China around fifty years ago in favor of a more simplistic writing system that was more coherent with current times. Eventually all ancient Chinese characters were replaced with the Western Roman alphabet.

A twist of fate made the Chinese government drop this new idea and reintroduce Chinese symbols in a highly simplified manner. The newer symbols are easier to learn, read and write as they contain fewer strokes.

This is the reason we find variance in the Chinese love symbols which range from the simplistic to the overly artistic. Whereas the modern ones are used more commonly for communication purposes the ancient ones are used for creating arts and crafts.