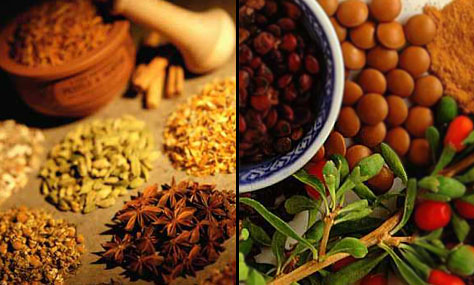 Interested in Chinese medicinal herbs? Find out about the characteristics and use of herbs in the traditional medicine of China.

The Chinese have long made use of natural herbs for the purpose of creating medicines. In fact the use of herbs is central to Traditional Chinese Medicine. The science of using different kinds of herbs is known as herbology.

The collection of herbal cocktails that have been developed under Chinese medicine is extensive. A mixture of one of two medicinal herbs is used to create a cocktail that targets a specific illness.

During the early days of Chinese herbal medicine which lasted from the Han dynasty to the Tang era much of the medicinal herbs were classified in three levels. The first level was the low level which consisted of toxic substances that would take drastic actions. The middle level consisted of herbs that had a medicinal physiological effect. The high level herbs had dual benefits as they promote physical and spiritual well being.

This method of classification took the particular degree of yin and yang into account. The spectrum ranged from cold herbs that were considered to be extreme yin to neutral going all the way up to extreme yang which was hot. The herbs were then used according to the particular condition of the patient. Generally patients that suffered from illnesses with cold constituency would be given yang herbs and vice versa.

One of the methods for classifying Chinese medicinal herbs was according to the five tastes which were identified as pungent, sweet, bitter, salty and sour. Herbs with different tastes bared different characteristics. Pungent herbs for example were beneficial for vitalizing qi energy and improving the blood flow. Sweet herbs on the other hand were used to create tonifying medicines. Bitter taste in herbs gave them the characteristic of dispelling heat and they are used to create medicines that affect bowel movement etc.

Classification according to the Meridians