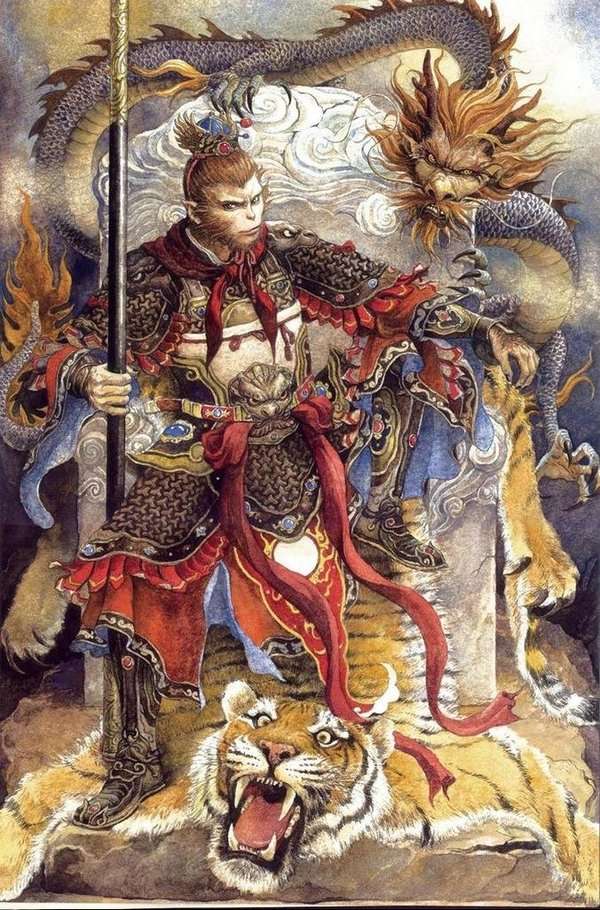 Want to know about the Chinese monkey king Sun Wukong? Read on to get an overview of this epic Chinese novel character.

The monkey king, known in China as Sun Wukong is the lead character of a classical Chinese novel titled Journey to the West. The story is set around the theme of the monkey king, his rise to power, abuse of power, imprisonment by Buddha and setting off to India in order to retrieve Buddust sutras along with the monk Xuanzang.

Character sketch of the monkey king

In the novel Sun Wukong has been endowed with incredible powers. He is given miraculous strength that enables him to lift his Ruyo Jingu Bang weighing 8,100 kilograms with utmost ease. He is also endowed with extraordinary speed which enables him to cover a distance of 54,000 kilometers in a single summersault.

The monkey king has the ability to transform into seventy other animals and objects in order to disguise himself. He can also transform into other human beings but has difficulty hiding his tail. In the novel he is portrayed as being a remarkable fighter who can take on the biggest and best of the generals of heaven by himself.

Sun Wukong has hair all over his body and each of his hairs has been given magical properties. The hairs on his body can transform into a clone of the monkey king himself or into other weapons, animals and objects. The monkey king knows how to work magic spells to gain command over various elements of nature such as wind and water along with which he can create force fields against demons and other means of attacking humans, demons or animals.

The life and trials of Sun Wukong

According to the legend Sun Wukong took birth from a mythical stone. This stone was formed by the primal forces of chaos that are believed to be housed in the mountain of flowers and fruits known as Huaguo shan. In his early life he joined a clan of monkeys. He managed to discover a water curtain cave known as Suilian dong behind a water fall. This earned him the credibility of his fellow monkeys who then honored him with the position of king. Sun Wukong referred to himself as the handsome monkey king.

Despite having assumed the position of king, Sun Wukong realized that he wasn’t any different from his disciples. His kingship did not give him immortality. In search of immortality Sun Wukong left his kingdom and became a disciple of the Buddhist dharma under Patriarch Bodhi. It was here that he developed the skill to speak in the human language and act according to their mannerisms.

It was actually Bodhi who gave him the title of Sun Wukong the first part of which meant monkey and the latter meant aware of emptiness. It was under the guidance of Bodhi that the monkey king developed all those magical powers mentioned above.

The darker side of the monkey king and his reformation

Due to his arrogance over his powers he was casted out from the temple by Bodhi and went back to his kingdom where he became one of the most powerful demons in the world. He then found his extremely heavy weapon known as the Ruyi Jingu Bang. The story goes on with the monkey king wreaking havoc in the heavens managing to draw the attention of the Jade Emperor of Heaven and then Buddha himself.

It was Buddha who finally managed to curtail the mischief of Sun Wukong and kept him imprisoned for five centuries. He was released by Xuanzang and became his faithful disciple and went on an expedition to retrieve Buddhist sutras from India with him.