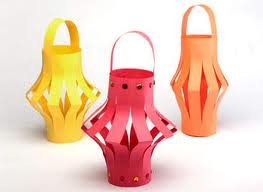 Interested in the Chinese paper lantern? Get to know about this unique traditional craft of China in our information guide.

The art of creating lanterns has been present as a form of traditional craftwork in China for thousands of years. Traditionally the Chinese would make use of paper as the base material for the construction of these lanterns. Chinese paper lanterns have discovered new found glory in modern times and are currently considered to be an interior decoration article.

The earliest records go to show that the art of creating paper lanterns in China began back in 230 BC. Through the course of time these lanterns became a symbol for good fortune and longevity. They retain this symbolism even till today.

The Chinese paper lantern has many other strings attached to it. For the Chinese the lanterns were also considered to be a means of communicating with their deceased ones.

The Paper Lantern in Modern Times

For the global community of today the Chinese paper lantern makes a quaint decoration article. Anyone can incorporate this unique item into their interior setting to liven up the ambiance of the room and give it an oriental touch.

The market is loaded with a wide variety of Chinese paper lanterns in different sizes, shapes, styles and colors. Interested individuals can choose the Chinese paper lantern according to their taste. Alternatively one can even make this traditional Chinese article themselves by following a simple procedure.