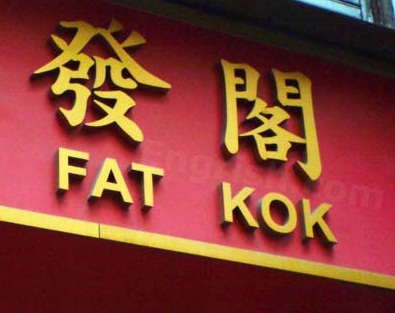 Certain Chinese names have the tendency to sound quite funny to the average non-Chinese listener. This can be said about names from any culture as they may seem to sound alien to other cultures. The Chinese language however has a very different delivery and range of sounds. This is what makes some Chinese names sound funny without them necessarily possessing funny meanings.

No pun intended but the name Dingbang surely tops the list when it comes to funny Chinese names that are used for boys. This name, which has the tendency to make English speakers burst out into barrels of laughter actually has quite a virtuous meaning. A boy called Dingbang is considered to be the protector of the country. Although patriotic in meaning the name tops the list of funny Chinese names by far.

There are certain Chinese baby names that sound like something that you would expect to find on a Chinese restaurant menu. The name Manchu for example is quite similar to the famous Chinese dish “Chicken Manchurian.” Most of the non-Chinese people are only scantly familiar with the language and the majority of us have the items found on a Chinese restaurant menu as the extents of our Chinese vocabulary. This is the reason why the name Manchu, which actually means pure, comes across as funny.

The collection of Chinese names has many abruptly short names. There are many Chinese names that can be spelled using two letters only. This is something rarely found in the English language. The name Ho for example is so short that it actually sounds like a reflex action rather than an actual name. Ho, which translates as goodness makes you think of Santa Claus and his reindeers going Ho-Ho-Ho.

There are some Chinese names that seem as though they are just impossible to pronounce for the non-Chinese masses. Take for example the Chinese name for girls Mei-Xui. Even if someone were to tell you how to pronounce this name you wouldn’t be able to unless you are familiar with the Chinese language. The name which sounds more like a title is a combination of beautiful and grace.

Then there are certain Chinese names that sound like one of the calls made during martial arts. The name Hua for example comes across as a call that you would get to hear from someone engaged in practicing martial arts. Due to its martial arts connotation this name has a distinct Chinese flavor but nonetheless comes across as funny to the non-Chinese. Hua actually means flower in the language of its origin.

How would it sound if someone where to say “This is my daughter, her name is son.” This is downright funny for the English speaker although the name son is a common Chinese name for girls which means bending.