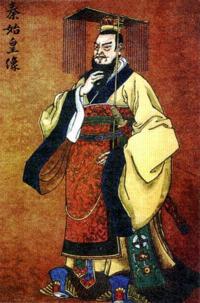 Hoang ti is the name of a legendary Chinese ruler who is more famously known as the Yellow emperor. The Chinese trace back the ancestry of the entire Han ethnic group Hoang ti. The Yellow Emperor is credited with having laid down the foundation for traditional Chinese medicine.

The famous Chinese medicine book known as “Huang ti Nei ching” meaning Inner Canon of Huangti was developed by the legendary sovereign along with his lead physician partner Qibo. There is a considerable amount of debate over the validity of this claim and some historians seem to have another point of view.

The life of Hoang Ti

What was known of him was the fact that he took deep interest in the health of the body and was keen on developing treatments for various diseases. According to the Chinese mythology Hoang ti lived for a full hundred years and following his physical death he became immortal.

It is believed that Hoang Ti lived from 2697-2595 BC which was a time period when writing did not exist in China. The Chinese looked up to him as the initiator of the Renaissance. To his credit is the design of a cart that was based on the big dipper. He also designed a compilation of musical notes as well as instruments on which to play them. But above all was his passion for medicine which comes into light in his series of conversations with his physician. In the conversations Hoang Ti is recorded as speaking about every medical issue under the sun.

It was during the 3rd century when the era of the “Hundred Schools” was at its peak that that the Hoang To Nei Ching was written down in the form that it is with us today. Prior to this time the content’s of the book were scattered and much of the knowledge was transmitted via worth of mouth.

The content of this foundational book of Chinese medicine includes many philosophies and ideas. The Taoist influence is quite apparent in philosophies such as the five elements, Yin Yang and theory of the organs. Later dynasties made their own addition to the Hoang ti Ne Ching.

The theme of the book, which is not exactly meant to be a novel, is set across conversations that took place between Hoant ti and his physician. Hence it gives a legendary account of the ideas that the two individuals shared.

His famous book is divided into two parts. The first part of the book is known as Su Wen which translates as Essential Questions. This serves as the core for the book dealing with the entire world of medical knowledge along with philosophical interpretations.

The second apart of the Hoan Ti Nei Ching is known as the Ling Shu which translates as Spiritual access. This part of the book deals with astrology in relation with Chinese medicine. It takes into account the concepts of Yin and Yang, the concept of organs, pulse reading etc. The book discusses everything from simple diagnosis to complex surgeries and everything in between giving you the length and breadth of Chinese medicine.