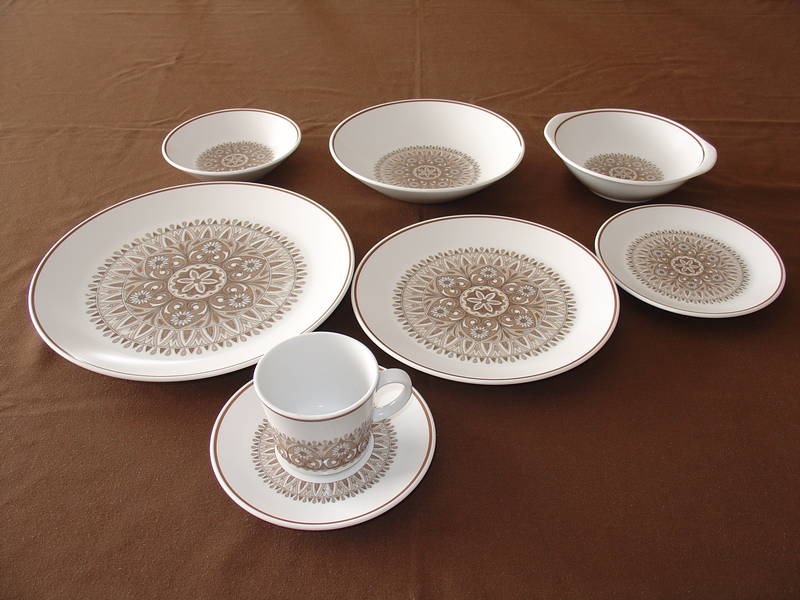 Interested in buying Noritake Progression China? Discover this legendary line of fine chinaware by the company…

Noritake is without a shadow of a doubt the most popular Japanese company involved in the production of fine chinaware. The company has a host of exquisite patterns to offer to china enthusiasts. Noritake Progression is one of the special lines initiated by the company. It consists of some of the finest chinaware with some characteristic patterns making them favorites amongst the collectors.

This is one of the most celebrated patterns out of the progression collection. The set has a host of fruits including plums, strawberries, blueberries and cherries painted upon a white background. The vibrantly colored graphics upon the white background create a lively picture giving it a definite character.

This particular pattern has a very tranquil feel to it. A nice white background is painted with beautiful blue flowers giving a feeling of serenity. This is one of the all time classic patterns from the company that has till date not lost its glory. It was developed back in 1966 in the progression line.

This is a special stoneware pattern that was produced in the 60s and remained in circulation for a good twenty years or more. A tan background makes this progression pattern different from the rest. The rims have a brown banding going around them whereas the different pieces of the set feature various dessert flowers as graphics. Interestingly enough, the names of the dessert flowers are also given on this progression set.

Flower Time is just as lively and fresh as it was back in 1975 when it was released. Showcasing a composition of large yellow pansies on the pieces this progression Noritake china set has a timeless appeal.

The Heritage pattern consists of two versions. One of these patterns features two beautifully painted green colored birds sitting upon a weather vane. The background of this Noritake progression set is white whereas a green trim works to accentuate the graphics.

This pattern features heavy graphic images of fruits in vibrant colors along the borders. The 1966 progression variation has an array of fruits, birds and vines in a unique composition painted on its surface. If you like chinaware with character then this is the set to go for.

This conceptual piece of chinaware was developed back in1986. It features an elegant gold, black trim along with a gold and grey rope like twirling rim around the edges.

This 1969 Primastone dinnerware set has beautiful burgundy colored flowers artistically placed on a cream colored background. The pieces have a burgundy border running through giving the entire set a rich regal appeal.

This memorial chinaware has unique speckled stripes of various colors ranging from yellow, tan, brown and orange running around the rim on grey. Mardi Gras was produced back in 1969.