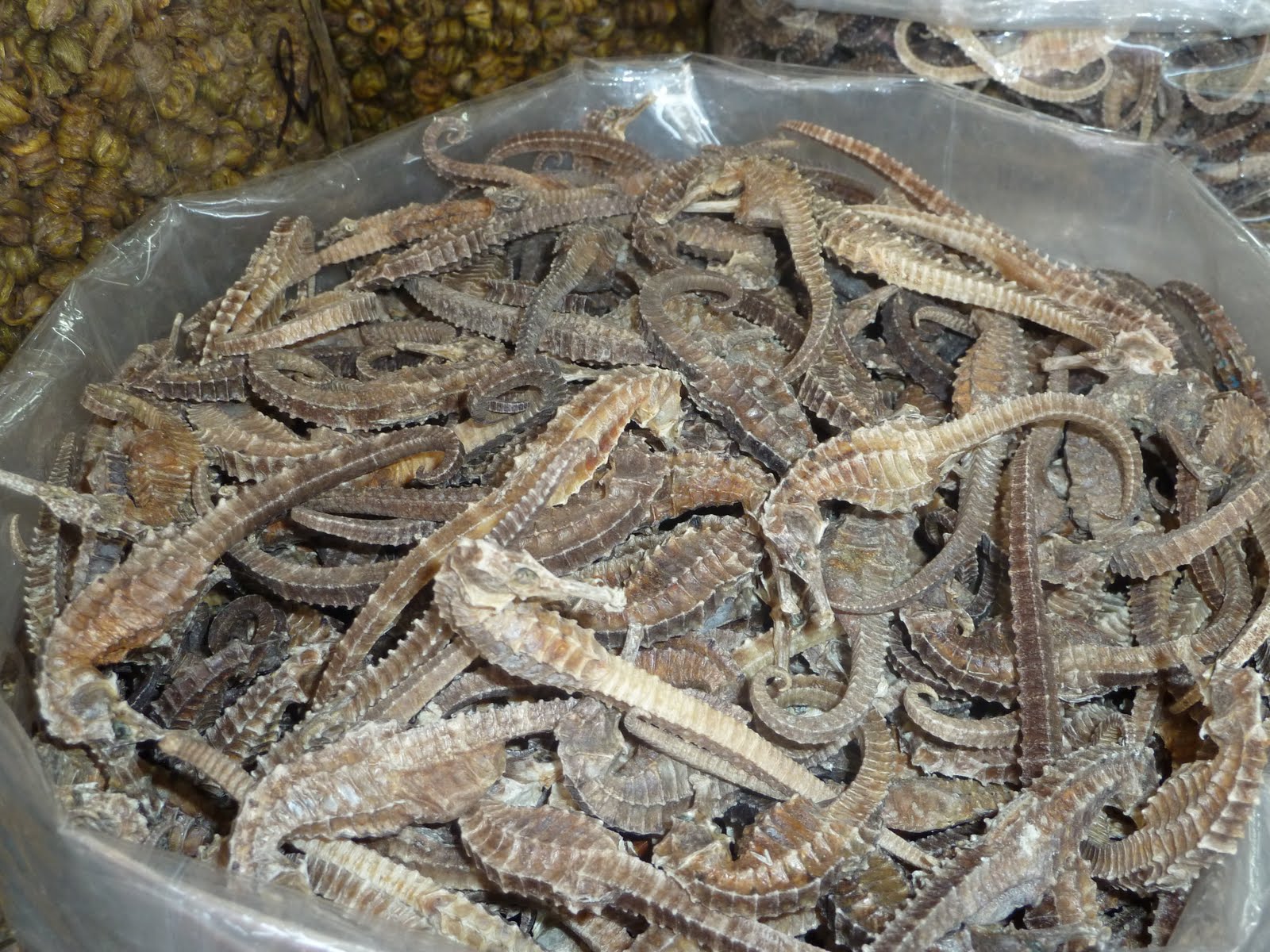 Although the White Seahorse is not a herb it is used in various Chinese herbal formulas due to its medicinal properties. The white seahorse is a rare endangered species that lives under the surface of the ocean. The Chinese have realized the magical medicinal value of this small creature and have freely made use of it while giving rise to international speculation over the safety of the creature.

Primarily the white seahorse is considered to have such properties that can help in the treatment of various kidney related problems, impotence along with circulatory problems. The Chinese have been making use of this ingredient for centuries, long before there were any activists advocating against animal cruelty.

The white seahorse finds itself being mentioned in the popular Chinese medicine manual of over 2000 drugs known as Bencau Gangmu. Despite the growing concerns of seahorse safety there are still around ninety medicine products made using the white seahorse as an ingredient. It is known to boost blood circulation in the body and nourishes the kidney as well.

The rising demands of white seahorse in Chinese medicine

The world at large has benefited from the use of the white seahorse in Chinese medicine which has given rise to the demand for products that make use of the creature. The 20,000,000 sea horses that are harvested each year by a team of thirty two countries fail to meet the rising demand of the public.

China alone demands over 200 tons of seahorses annually whereas the world wide demand has crossed the 500 ton mark. The Chinese had to survive by importing the white seahorse as they did not have it in sufficient quantities. There are more than thirty five varieties of seahorse and overfishing has caused a reduction of nearly half of their numbers. Although the seahorse is not enlisted amongst the endangered species list they way things are going it is soon going to make its way in.

In an effort to meet the rising demand, the Chinese have repeatedly tried their hands at seahorse farming. Currently seahorse farming is underway at the coastal areas of Hainan province such as Yaxian. The conditions here are ideal for seahorse farming which is becoming a thriving activity in the region.

The white seahorse is not the only animal that is used in the production of Chinese medicine. There are various animals, some of them now endangered that the Chinese have been making use of for centuries due to their medicinal properties. There are considerable efforts underway aimed at restricting the use of animal parts in Chinese medicine but this age old practice will take a long time to disappear.

As the global demand continues to increase it is unlikely that such a feat will be achieved. The only probable solution at bay is to find an alternative ingredient that has the same effect or invest in white seahorse farming. The Chinese argue that creating medicines to treat various ailments for human beings is the best use that a white seahorse can be put to.