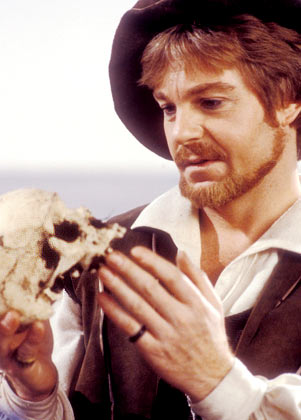 Interested in Hamlet the Prince of Denmark? Learn more about this Shakespearean play of the fictional Danish Prince, Hamlet…

One of Shakespeare’s tragedies known as Hamlet Prince of Denmark is an amazing play. Prince Hamlet is the son of the King of Denmark, King Hamlet and the nephew of Claudius. Claudius usurps the throne. Prince Hamlet of Denmark is plotting and planning on how to avenge the father’s death. Along the way he struggles with his sanity. As the tragedy unfolds Hamlet, Prince of Denmark has managed to cause the demise of his uncle Claudius. Along with this he is responsible directly for the death of his two childhood friends Rosencrantz and Guildenstern and the characters Laertes and Polonius.

In directly he is involved in the death of his mother Gertrude who was poisoned mistakenly. Also he ends up losing Ophelia the love of his life in a drowning. Eventually Hamlet Prince of Denmark is the last character to succumb to his death in this tragic tale.

The most common critique is on Hamlet’s desire to seek truth. The theme throughout the play is to justify the revenge. He is haunted by a ghost that prods him on and claims to be the spirit of his father. It’s basically a tragedy of a character who can not make up his mind.

Another view is that Hamlet Prince of Denmark has a duty to avenge his father. However, he’s looking for a way out and is not willing to carry it out. Even though his efforts satisfy him towards the guilt of the character Claudius’, his inaction to take steps where needed show his unwillingness. Often throughout the play Hamlet Prince of Denmark is seen berating himself for the inability of performing these tasks.

Controversy comes in Hamlet’s name. The name can be found at far back as the 10th century. It is derived from the lost play of Saxo. It can then be traced back to the Latin roots of the name Jutish Amlethoe. The name itself can be translated into fool. Since this is not the mannerism of Hamlet Prince of Denmark another connotation is of ‘raving mad’. The root of the Irish connotation of his name is raging, wild and furious. These are the names possibly used by William Shakespeare for his longest play.

One very prominent view is by noted  critic Isaac Asimov who shows Hamlet’s actions in new light. He depicts multiple motivations wherein Hamlet the Prince of Denmark might want to avenge his father’s death. However, it becomes increasingly easy for him because he will succeed to the throne after Claudius is removed. However, had Hamlet simply wished for the death of Claudius at the right time it would have been simpler. Hamlets delay in trying to completely annihilate and damn Claudius resulted in losing out the right opportunity. As a result many more deaths occur.